Cormac O’Doherty scored a Slaughtneil goal after 47 seconds, but after Joe McMahon had levelled for Omagh, they went in front through Barry Tierney’s 28th-minute goal.

Omagh led by 1-5 to 1-2 at half-time, but O’Doherty and Bradley pulled back points, before the latter struck from long range for a dramatic winner.

An explosive start to the game saw Slaughtneil’s Cormac O’Doherty raise a green flag inside the opening minute, getting in behind his marker to pick up Padraig Kelly’s lofted delivery and rifle the ball past Ryan Clarke.

But Omagh recovered from that blow and began to win broken ball around midfield through Aaron Grugan and Jason McAnulla, with Joe McMahon emerging as a major figure in the central area.

Conor O’Donnell swept over a couple of points to get their challenge going, and with Ronan O’Neill dropping deep to adopt a creative role, they had the Emmets defence under pressure.

Grugan thumped over a long-range effort, but that was cancelled out by Gerald Bradley as the Derry men kept their noses in front.

But the final ten minutes of the opening half belonged to the Red Hand title-holders.

Corner-back and captain Hugh Gallagher pushed forward to shoot a point, and it was McMahon who brought the sides level. 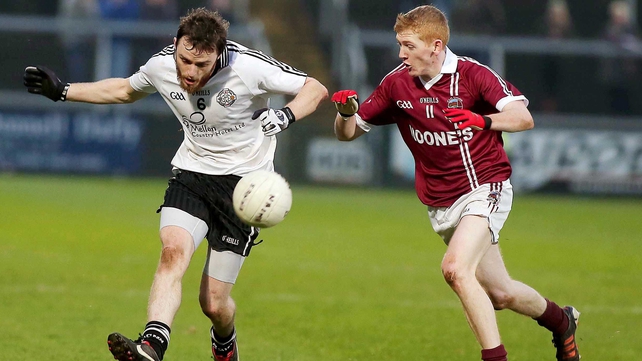 And in the 28th minute, Conan Grugan cut through the Slaughtneil cover on a storming run, slipped the ball to Barry Tierney, and the centre-back smashed the ball to the roof of the net for his third goal in as many games.

Omagh led by 1-5 to 1-2 at the interval, and Tierney was on target again to extend the advantage within seconds of the restart.

But with Patsy Bradley fielding magnificently in the middle of the field, Slaughtneil turned the game back in their favour and hit three points on the spin.

Barry McGuigan, Cormac O’Doherty and Ronan Bradley all split the posts as they narrowed the gap to a single point.

Once again, Omagh swung the balance back in their favour, and restored their three-point advantage when Ronan O’Neill converted a free, after all 13 previous scores had come from play.

And it was goalscorer O’Doherty who brought the sides level in the 48th minute, as Slaughtneil closed up shop at the back with some heroic defending, particularly from skipper Francis McEldowney and Conan Cassidy.

They held their opponents to a single point in the final quarter, and struck at the death, with Christopher Bradley taking aim from distance to send a superb winner sailing between the posts. 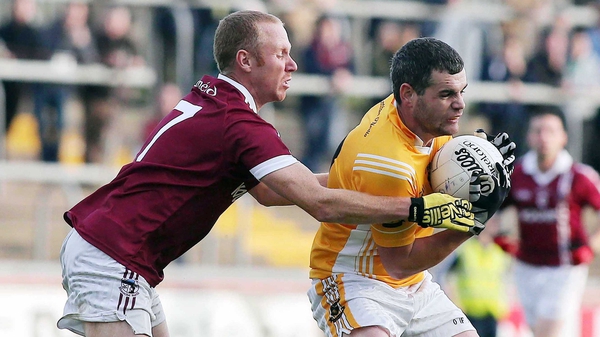