Omagh may have surprised the rest of the Gaelic football world with their Ulster SFC quarter-final win over perennial contenders Crossmaglen but corner-forward Conor Meyler saw it coming.

The 2-08 to 1-09 win at Healy Park over a Rangers side that finished with 13 men, on the back of their first Tyrone title in 26 years, was the upset of the provincial ties yesterday but Meyler hailed his team, saying they believed they could progress past the Armagh champions.

“It was a shock for people outside Omagh,” Meyler told RTÉ Sport after the game, which saw his side overturn a seven-point deficit.

“We knew inside the camp, we’ve been saying for weeks we’re going to win the game. We’re a real confident bunch this year.

“We always knew we had that battle in the stomach and that fight in the last 20 minutes that we could take any team on in Ireland.

“The leadership through some of the older boys and the county boys this year has been unbelievable, and the way it’s been rubbing off on the younger boys has been mighty.” 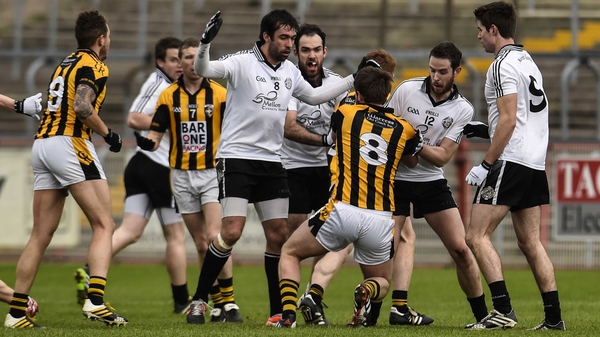