Donegal manager Jim McGuinness says his side facing Kerry for the Sam Maguire is his “dream final”.

“It’s the whole history of it, and for us to play them in the final is a great moment for our players.”

McGuinness laughed off the notion that success is effortless for the 36-time champions, pointing out that he has witnessed the county’s dedication to Gaelic football at first hand while a student and Sigerson Cup player at Tralee IT.

“They’re working on their weaker side all the time, hand and feet, and they’re exceptionally committed.

“It’s entrenched in them, football is almost like a religion down there. They’re really professional and committed.”

McGuinness also reflected on Donegal’s momentous defeat of champions Dublin in the All-Ireland semi-final, saying that the team’s belief they could win was the decisive factor rather than any radical tactical approach.

“We have the same routine that we run through. We look at the opposition in as much detail as we can and we look at ourselves. We try to use the information that we find along the way and create a game plan that we feel can win the game.

“I suppose the different dynamic here was that this was a top-class team, asking so many questions of us.”

McGuinness denied that Donegal’s long odds of victory were a motivating factor, insisting that the Dubs had fully earned their favourites tag going into the contest, and looked set to pull away early on.

“People had spoken about the odds, 10/1 and all that type of thing, but for me Dublin were full value for that,” said the Glenties man.

“They are an awesome team, there’s no doubt about that, and they showed that in the first 20 minutes of the game.

“The fellas just went in to give it absolutely everything. If we played to our absolute maximum, there was still no guarantee that we were going to beat Dublin. But we did play close to our maximum and we managed to get the victory.” 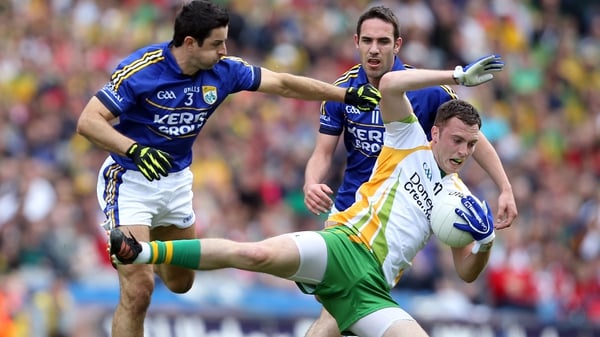