The An Ghaeltacht clubman admits that Donegal’s more recent experience of winning on football’s biggest stage could give them the edge and that they have a more experienced and settled team.

"I suppose 2012 Donegal won it last, Kerry haven’t won it since 2009, even though that Kerry team does have a lot of experience," Ó Sé told RTÉ Sport.

"There are a number of younger lads – Peter Crowley, Paul Geaney, a good shot of lads who haven’t won in Croke Park on All-Ireland final day.

"The bulk of the Donegal lads have won there a few years ago."

"To be fair I didn’t think Donegal could beat Dublin, I thought Dublin were ahead of nearly everybody"

Ó Sé also believes that the manner in which Jim McGuinness’ men overcame Dublin in their semi-final may point to the Ulster men having the slight advantage.

"I think a lot of hype was made about the Dublin game because it was Dublin and everybody was saying they were going to beat everybody," he said.

"To be fair I didn’t think Donegal could beat Dublin. I thought Dublin were ahead of nearly everybody that was there but look, that performance by Donegal was unbelievable, and based on that they are favourites, but I wouldn't say there’d be much difference between Kerry and Donegal."

O Sé also downplayed rumours that Kerry talisman Colm Cooper could be in line for a shock return in Sunday’s game.

Cooper has been out of action since picking up a cruciate ligament injury while on club duty with Dr Crokes and had been expected to be sidelined up to November.

'The Gooch' was involved in the warm-up before Kerry’s semi-final replay victory over Mayo and there has been increased talk that he could play some role in the final.

"We’d all love to see him. He’s the greatest forward I’ve ever seen playing and the whole country, not alone Kerry, was disgusted when he did his cruciate.

"If he wants his leg to get back, best he can and as soon as he can, I think every doctor in the country would be telling him not to be playing. I don’t think he’ll be playing at all." 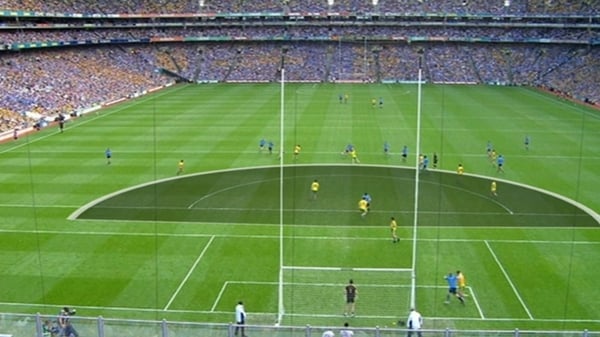 Analysis: How 'the system' wins games for Donegal