Despite a boost for Mayo with the news that Lee Keegan will be available to face Kerry, RTÉ analyst Kevin McStay still finds it hard to pick a winner from Saturday’s All-Ireland SFC semi-final replay.

The counties meet again at the Gaelic Grounds in Limerick, throw-in 5pm, to decide who will contest the 21 September decider.

Keegan, who was sent off for a kick out at Johnny Buckley in the drawn game, had his red card rescinded by the Central Hearings Committee (CHC) on Thursday night.

The two-time All Star is a pivotal part of the Mayo half-back line that drives forward with real intent.

McStay shares the view of others that Keegan’s availability is a huge fillip for the westerners, yet speaking to RTÉ Sport, he said: “His inclusion doesn’t make it any easier to call the game.”

McStay went on to say that the CHC’s decision was the correct one.

“On a human and sporting level, I’m delighted that he got off,” he added.

"I think it was a wise play from Mayo to seek a hearing because the Central Hearings Committee have been 50-50 in all their deliberations. You will always have a chance. I feel sorry for Dave Coldrick (referee in the drawn game). You’re damned if you do – damned if you don’t. You have to see it from his side.

"Mayo have plenty of problems to be thinking about, particularly in their full-back line"

As for what might happen on the pitch in Saturday’s replay, the former Mayo star concluded that question marks surround both teams.

“Mayo have plenty of problems to be thinking about, particularly in their full-back line. Will they start Andy Moran?  What will the tactics be around James O’Donoghue? They are not scoring enough from play.

On the Kerry side, they have dilemmas in their selection. What roles will Kieran Donaghy, Declan O’Sullivan and Bryan Sheehan play? They are definitely conceding too many frees. That’s why Cillian O’Connor played such a massive part the last day."

As to who will emerge victorious, McStay is going with his native county, but with no real conviction.

“This week has most been about rest and recovery. I think Mayo are the better conditioned team and I also think that they will rest and recover better. That’s why I’m giving them the nod because it’s only a six-day turn around.

"However, as I said last week this game could go either way.” 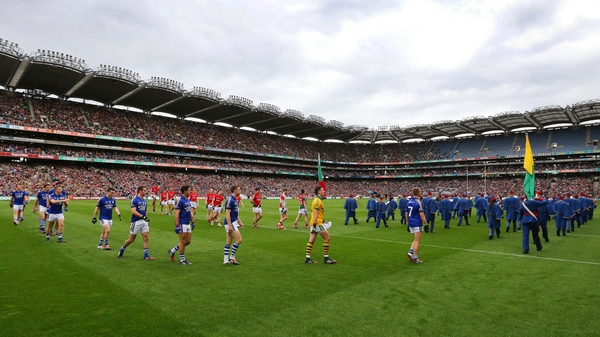