Mayo attacker Cillian O'Connor is targeting a more consistent showing from the side ahead of Saturday's All-Ireland SFC replay against Kerry at the Gaelic Grounds in Limerick.

O'Connor was to the fore with a tally of 1-08 as the westerners produced a strong second half display in the drawn encounter at Croke Park.

The Ballintubber clubman believes it is in the squad to produce a higher level of performance across 70 plus minutes for the second instalment next weekend.

"We know we have the talent and the ability. We were disappointed with how we played in the first half [against Kerry].

"We were proud of the way we fought back and the character we showed.

"When we moved the ball fast we definitely caused problems for Kerry with our pace but, again, disappointed that we didn't produce that surge for the whole game.

"That's going to be our aim for the whole game in the replay. We know that the supporters will be there all the way with us."

Quite tellingly, O'Connor added: "We're expected to perform at the highest level for 70 minutes. We really need to step it up."

O'Connor, who was named The Sunday Game man of the match for his performance, singled out the contribution of Andy Moran when he came on as a second-half sub.

"Andy's been there before and he's done it. He knows Croker well and he took his point well when he came on.

"It was an important change and it helped to steady the ship." 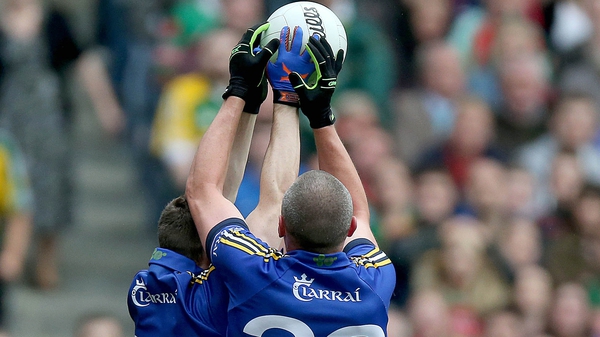