Donaghy came on just before the Connacht side opened up a four-point lead with 10 minutes to play in today’s All-Ireland football semi-final at Croke Park.

And he was soon involved in the thick of the action, setting up James O’Donoghue’s goal before Kerry pulled level in injury time through Kieran O’Leary’s point.

“He’s worked ferociously hard this year. He’s had an injury, it’s been a frustrating season, stop-start, but he kept at it.

“He’s trained very well the last couple of weeks. He was bitterly disappointed he didn’t see action against Galway [in the quarter-final] and you could see where he was at today, he made a big difference. I was delighted for him.

“[He] made a great catch and passed to James, and James stuck it and we just barely got the draw.

"[We] could have stolen it in the end but definitely we’ll take the draw. I'm very proud of the lads that they dug in and we got the goal."

The sides are due to replay in the Gaelic Grounds in Limerick on Saturday (5pm) and Fitzmaurice was quick to praise Mayo’s fighting spirit, playing more than half the game with 14 men after Lee Keegan was dismissed for a kick.

He added: “They got massive momentum and they showed great character, down to 14 men and [five] points [down]. They fought on their backs for each other and we struggled with it.” 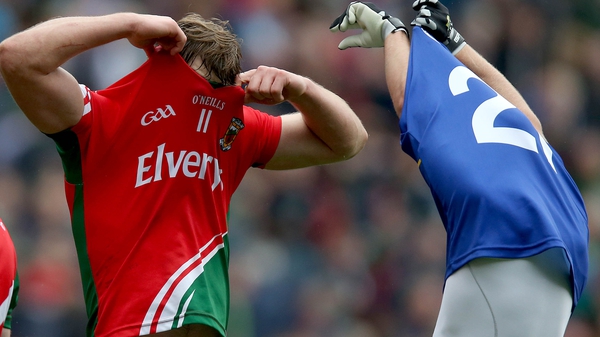