Defender Lee Keegan feels that Mayo will need to perform for the full 70 minutes if they are to get past the challenge of Kerry in today’s All-Ireland SFC semi-final.

The westerners are bidding for a third consecutive appearance in the September decider. However, their recent championship record against the Kingdom is abysmal after five successive defeats.

The bookies have Mayo as slight favourites to prevail at Croke Park, but for Keegan it’s all about performing right from the off.

Speaking to RTÉ Sport, he said: “Kerry will punish you if you’re not prepared to go to battle with them. They are a team you have to take very, very seriously.

"It’s something we’ve been emphasising in the run up to the game. We have to go for a full 70 if we’re to get over the line. If we don’t, we won’t get to another All-Ireland final.”

View From The Kingdom

The necessity that Mayo’s minds are concentrated has come into sharp focus following their second-half showing against Cork in the quarter-final.

Despite winning the game, the Green and Red did have a fallow period after building up a seven-point lead, allowing the Rebels to ultimately draw level. Crucially for Mayo, they had the wherewithal to get over the line.

For Keegan, it was important that the side didn’t panic in the midst of the Cork surge.

“Something that was highlighted was how comfortable we were when Cork did draw level," he added.

"We never panicked. We were in command of the game during the third period, so it was disappointing to concede those seven points.

"The work we’d done prepared us well to get that result. I don’t think we were worried – we were very comfortable in that situation which is good to see." 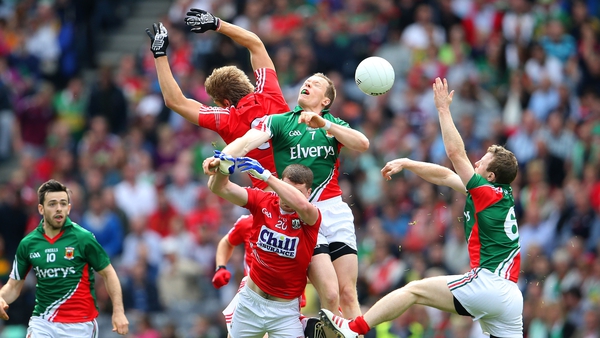