Larry Tompkins has certainly stoked the fires ahead of Sunday's All-Ireland SFC semi-final by claiming that Mayo 'lack the stomach' to win the title.

James Horan's men take on Kerry for a place in the 21 September decider, but Tompkins, twice an All-Ireland winner with Cork, feels that the final day itself takes too much out of Mayo and that a number of their players must deliver more.

Speaking to the Irish Examiner, he said: "You have to be able to process the hype and the suction of the final.

"They need to get out there and play. The players, for some reason, lack the stomach to get the best out of themselves on All-Ireland final day. They have to rectify that themselves.

"Cillian O’Connor, Donal Vaughan, the O’Shea brothers and Alan Dillon must step up to the mark when the need is greatest.

"The big players in Mayo need to show more leadership."

In contrast, Tompkins believes Kerry have the belief that they can deliver at Croke Park on the big day.

“Kerry believe in themselves and they believe they can beat any team," he added.

"The Kerry players are not afraid to go into Croke Park and perform. That is the hallmark of a good team."

Watch live coverage of Kerry v Mayo on RTÉ Two television from 1445 and on Sky Sports 3.

Also live on RTÉ Player and worldwide on GAAGO. 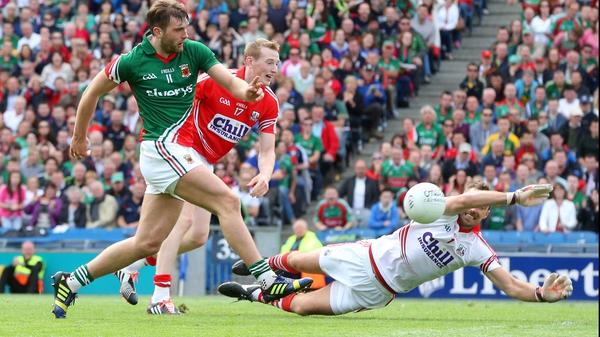