Brian Cuthbert has praised his Cork’s side’s hunger and intensity in seeing off the challenge of Sligo to advance to an All-Ireland SFC quarter-final.

Speaking to RTÉ Sport after Cork’s 0-21 to 1-11 win in Tullamore, the Cork boss admitted he had been disappointed with the manner of their Munster final loss to Kerry, but hailed his side’s spirit in seeing off Sligo.

“We had a lot more urgency about us today than we did three weeks ago,” Cuthbert said. “The big challenge now is to get better, and to challenge the very good teams.”

Cork go on to face Mayo on 3 August, and Cuthbert was quick to paint the Rebels as underdogs, stressing that Mayo were a “very experienced side” who had been in the last two All-Ireland finals.

“They’ll cause us a lot of problems, and we’re going to have to up it big time from what we did today.

“We’re looking forward to the challenge. Nobody will give us a chance, but we’ll go for it, anyway.”

“The pressure’s off us. Nobody will give us a chance the next day" - Brian Cuthbert

Cuthbert conceded that there had been a lot of negativity surrounding Cork football following the meek manner of their defeat to Kerry, and said that “some of it is deserved, the way we played.

“But some of it was definitely unwarranted, and it was very personal towards the players and the management.”

However, he was bullish about the atmosphere within the camp, and indicated that Cork would benefit from being written off by analysts and the public.

“Once we have a united dressing room, which we do, once we have everyone working the way we have, we’re delighted and we’re very confident we can go places,” he said.

“The pressure’s off us. Nobody will give us a chance the next day, and we’re looking forward to it.” 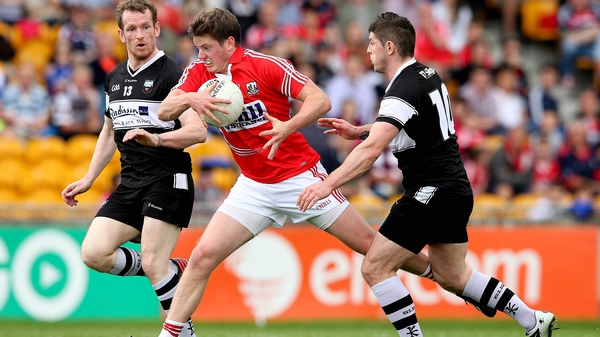