Colm O'Neill helped himself to a perfect 10 points as Cork overpowered Sligo in Tullamore to secure an All-Ireland football quarter-final clash with Mayo.

The beaten Munster finalists stormed eight clear by half-time and relied on the cushion to repel an expected Sligo fight-back.

In the end, the Rebels had seven points to spare though will look for a significant improvement next weekend when they face the back to back All-Ireland finalists.

Sligo outscored Cork by 1-5 to 0-2 at one stage in the second-half with Stephen Coen clawing back 1-01 for Pat Flanagan's side.

Aside from O'Neill, Paul Kerrigan did most to advance Cork's qualifier cause with five points from play in the Round 4A tie.

The Yeats County boss shook up his team beforehand with both positional and personnel changes from the team announced during the week.

Midfield was the only line unaffected with Stephen Coen, an effective substitute in the qualifier wins over Limerick and Wicklow, coming into the attack along with wing-forward James Kilcullen.

Sligo's best efforts to catch Cork unawares came to nought, however, and they leaked point after point early on as the Rebels moved ominously clear.

Cork scored eight points in a row between the third and 24th minutes to put themselves in a commanding position.

Paul Kerrigan booted back to back points in that scoring siege, his second a fine effort from the right wing after a Sligo attack had petered out. 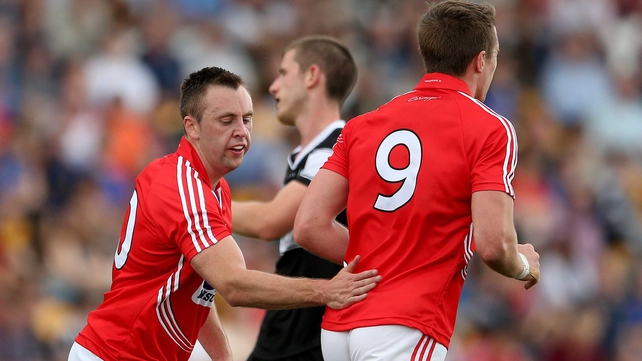 It was that sort of half for Sligo when everything they tried seemed to fail.

Sligo full-forward Adrian Marren took free kicks from the right and left wings and drove both of them wide.

The captain did finally break his duck in the 27th minute to grab Sligo's second point and leave them trailing 0-08 to 0-02.

But a brace of points from former All Star attacker O'Neill took his tally to 0-3 for the evening and left Cork 0-10 to 0-2 ahead at half-time.

Cork had shook things up themselves after defeat to Kerry in the Munster final, making six changes to their team for this final round qualifier.

They didn't hit top gear but still had more than enough to speed clear of a Sligo side that lacked any sort of cutting edge.

Two more O'Neill points after the restart, one off each foot, moved Cork into a 0-13 to 0-2 lead and the game appeared beyond Sligo.

They battled on to their credit and pulled back four points in a row with Marren booting three frees on the trot.

And when Coen flicked in a 52nd minute goal after a Marren long ball in, there was just five in it.

But that was as good as it got for a Sligo side that left themselves too much to do. Cork found scores easier to come by and O'Neill capped a superb display with their last two points. 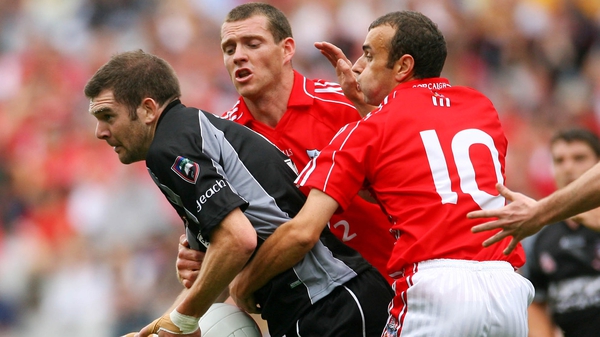