RTÉ analyst Kevin McStay has called on Galway to realise their potential if they are to get over Tipperary in Saturday's All-Ireland SFC Round 4A qualifier at O'Connor Park in Tullamore.

Like many others, McStay is finding it hard to pick a winner at the Offaly venue this weekend.

"The bookies can’t separate these sides and I don’t think many of the pundits can either," he told RTÉ Sport.

Galway enter the game on the back of a defeat to Mayo in the Connacht final. Alan Mulholland's men were well beaten that day, but McStay did see some positive signs.

"I was down at the Connacht final and I saw enough in Galway to say that they have potential," he said. "They will have to improve, however, in their full-back line and at midfield.

"For this weekend, they have made a number of changes to their team. They have a goalkeeper [Tomás Healy] making his championship debut. That’s a big call."

McStay said he had been impressed by the way Tipperary had developed as a force this summer.

"If Tipp were to get to a quarter-final, that would really frank their underage success and all their planning over the last few years, " he said.

"They have scored 2-17 and 3-17 in their last two matches, so that’s why they haven’t changed their selection."

Overall, though, he suggested the game was Galway's for the taking, if they could step up and deliver.

"If Galway improve and show the potential that I believe they have, they might just win it," he declared

"If they don’t, Tipperary are going to win it. That’s why it’s an intriguing game and just by a slip I give it to Galway."

Galway and Tipperary is the second instalment of a double-header at O'Connor Park. First up is the meeting of Cork and Sligo. McStay was in no doubt as to who would emerge victorious there.

"Sligo are a mid-table Division 3 team. Cork are a top-four team for the last five or six years," he said.

"If Cork perform, and they didn’t perform against Tipperary or Kerry, but if they do, they’ll win it by a handful. If they don’t, they’re in for a tough afternoon." 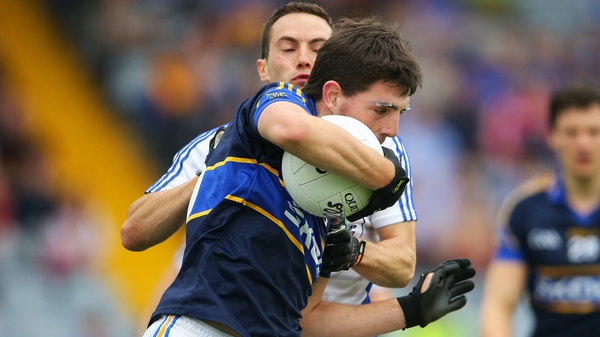