Looking ahead to the weekend's All-Ireland football qualifiers, RTÉ analyst Kevin McStay goes for five away victories from the six scheduled games.

Here's what he had to say to RTÉ Sport.

All-Ireland SFC qualifiers Round 3A

Sligo v Limerick
"At this stage of the race in 3A, things are starting to get serious. That’s the difficulty for a fella like me in trying to predict the outcomes.

"Limerick are strong and are getting stronger. You saw them out last week [against Antrim] and they had a good win. Likewise, Sligo down in Wicklow.

"However, I think there’s more about this Limerick team, particularly up front with the likes of Collins (Ger) and Ryan (Ian). They are regular scorers.

"The teams here are evenly matched but it’s Limerick for me."

Laois v Tipperary
"I like what Laois are doing, but they are not winning impressively enough for me.

"That’s why I’m going to give the nod to Tipperary by a point or two. I think they have recovered from their Cork defeat.The win against Longford last week was an amazing win for them.

"I think Conor Sweeney is scoring enough to just swing it Tipperary’s way."

All-Ireland SFC qualifiers Round 2B

Cavan v Roscommon
"We have two ambitious teams here - two teams with a lot of symmetry. They’ve had good U-21 sides over the last few years.  Both emerged from Division 3 this spring.  With the ambition they have, this is the type of game both teams must win.

"I think Roscommon with the U-21s they can now roll out – players that weren’t ready for the Mayo game – then that’s going to make the difference.

"I see Roscommon getting a big morale-boosting win."

Carlow v Clare
"Against the odds, Carlow had a massive win against Waterford the last day out. Even thought it was a one-pointer, any win for Carlow is welcome.They have the home venue again.

"However, Clare are a more impressive team than Waterford. Even though, I’m a big believer in home advantage, it’s another away win here.

"Clare have too much about them for Carlow."

Down v Kildare
"Remember, Down used to complain about never getting a home match and now all they can get is a home game.The high point for them was the draw against Tyrone.The win against Leitrim didn’t tell them anything at all.

"I thought Kildare never played against Meath until the game was over. That’s was very disappointing from them. I do believe, though, that they have the greater potential especially around the middle and up front.

"I think they are going to cause Down lots of headaches and so it’s another away win. Kildare to progress."

Tyrone v Armagh
"It’s back to the early 2000s with this one, though they haven’t the same teams that they had back then. We’re not going to get the riveting contests that we enjoyed those years ago.

"It’s a fifth game for Tyrone so they surely must have their team sorted out at this stage. Ultimately, Armagh were disappointing in their defeat [to Monaghan] last week.

"They are just not going as well as they should be even though this is their fourth game. I don’t think they have enough to beat Tyrone." 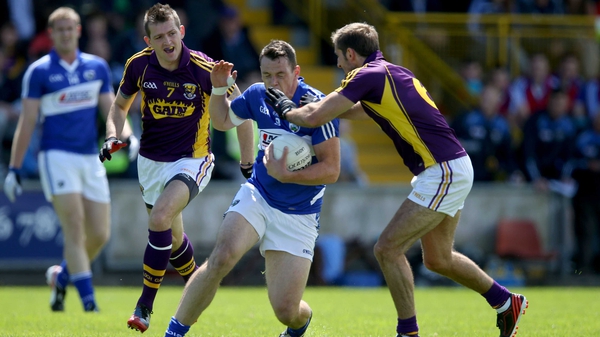