Padraic Joyce believes Monaghan have the perfect blend of youth and experience in their side as they seek back-to-back Ulster titles.

Malachy O’Rourke’s side overcame Tyrone in Sunday’s provincial quarter-final by a point in Clones and now advance to a date with Armagh in the last four.

Joyce, a two-time All-Ireland winner with Galway, felt the success over the Red Hand sent out a signal that the Farney mean business again this year and that they have the squad to push on.

Speaking to RTÉ Sport, he said: “They’ve given us an emphatic answer. They won Division 3 last year and were Division 2 winners this year. They now have the chance to play with the big boys in Division 1.

"Monaghan have fantastic players. Conor McManus is as good a forward as you’ll get in the country. Kieran Hughes, while he’s young, is still learning all the time.

"Darren Hughes is another fine footballer in midfield. And then they have the older guys in Vincent Corey soldiering away and Dick Clerkin using his wise old head all the time."

The 1988 Ulster final was the last time Monaghan had beaten Tyrone in championship football. Joyce believes that ending that winless run is significant for O’Rourke’s outfit.

"The current crop of players will take much satisfaction from beating Tyrone,” added Joyce.

“They’ve been a long time trying. I know that ‘Nudie’ Hughes and them boys up around Monaghan would have been giving the current crop a bit of slagging about not being able to beat Tyrone – like they did back in the 80s.

“At least Dick (Clerkin) can enjoy his pint tonight!"

So how far can Monaghan go? In looking to the next game, Joyce feels Armagh will present a tough challenge on 28 June.

He explained: “It’s another mammoth task to try and beat Armagh. I know people will be saying that Monaghan are favourites.

"However, there is a local rivalry up there and Armagh won’t fear them.

“If Monaghan win that game, they’ll more than likely have to face Donegal in the final. They deserved their Ulster final [win] last year, but they’ll definitely deserve it this year if they come through.” 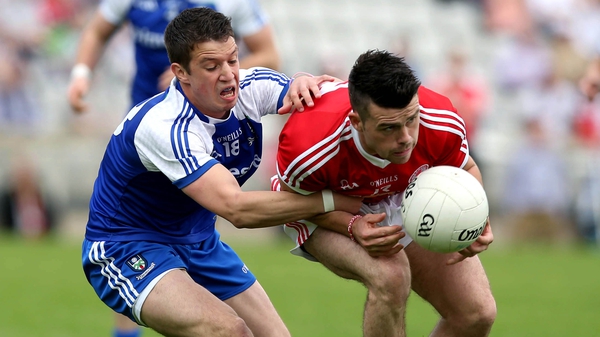