David Gillick returned to football when lining out for Ballinteer St John’s in the Dublin SFC last week and Bernard Brogan believes Ireland’s 400m record holder could be an asset for the Dublin county team.

Gillick, who has two European indoor gold medals to his name, returned to the game following an 11-year absence as Ballinteer defeated O’Toole’s 3-13 to 2-10.

And Brogan told the Irish Examiner: "If he's able to play ball, he (Jim Gavin) loves a man with pace. It will be interesting to see how he goes over the club championship.

"It's interesting. John, his brother, is with AIG, and I was talking with him about it. He played midfield and got up and down the pitch.

"As you know, he's the fastest man in Ireland over 400 metres, so he's a nice asset to have on the pitch.

“You see it in Mayo, too, and it's great to see the likes of other sports men like that coming back into the game, back to what they grew up with."

Brogan continued: “It’s great. These lads grew up playing ball and are well able to play it, and it’s great to see them coming back.

"Playing a professional sport is a great life, and seeing that Duffy wants to come back and give his time to GAA just shows his respect to the game and how much he loved it, obviously.

"Hopefully he gets a good run at it and it will be interesting to see how he goes.”

Thirty-year-old Gillick won a bronze medal in the 4x400 metre relay in World Indoors at Budapest in 2004, while he took 400m gold at the European Indoors in Madrid 2005 and again in Birmingham 2007.

Gillick’s victory in 2005 was Ireland's first gold medal in a sprinting event in 75 years. 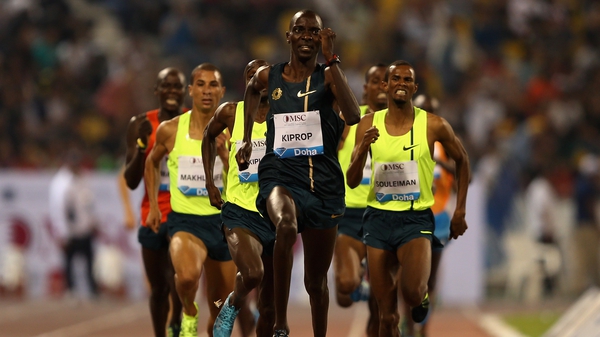 Column: The athletics season kicks off in style