Mayo manager James Horan adds his voice to the view that this year’s Football League is a more free-flowing and entertaining spectacle than what we've been used to in recent times.

Horan was speaking in the aftermath of his side’s Division 1 victory over Kerry in Castlebar – a result that saw the Connacht outfit get off the mark in this year’s campaign.

With many players out injured and others involved with club and college commitments, the Mayo supremo was without many high-profile names for the start of the campaign.

However, in the last week numbers increased at training and the win over the Kingdom will be a boost as Horan plans for the rest of the League – a campaign that he feels is now being played with a Championship tempo.

He told RTÉ Sport: “The League has changed this year in my opinion. The level of fitness of teams at the start of the competition is something I haven’t seen before.

"It is becoming more a running game – it’s very much like Championship. The black card supports and aids a running type of game. Add all that up and you have very free-flowing Allianz League games.

Reflecting on the five-point win over the Kingdom, Horan praised the character shown by his side.

He added: “Kerry were very committed and focused on their task. It was a close game – still up for grabs with ten minutes to go. We kicked on strongly and got some great scores so that was encouraging. We got the two points and we can look forward to next week.

“There always relief when you win a game in this gig and it was important to win our first home game. We had the likes of Seamie O’Shea and Donal Vaughan back.

"Our backs were to the wall a bit but we came out and showed the character that we have." “

When asked whether he would like to win the League this year, Horan, not surprisingly, had more immediate targets.

"Silverware is always nice, but as of now we’re just looking forward to Westmeath next weekend and putting in a big performance there and building from that." 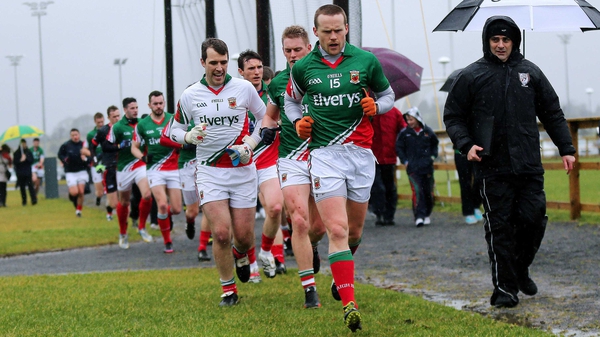