After scans on Monday revealed that Colm Cooper had ruptured his anterior cruciate ligament, it has now emerged that the Kerry legend has also sustained a fracturing of his knee.

The news of the latter will mean a longer rehabilitation period for the ‘Gooch’, who already is set to miss the remainder of 2014.

Cooper will visit the Sports Surgery Clinic in Santry on Friday for surgery on the fracture. He will be under the care of Dr Ray Moran.

Moran explained that the knee must first heel before any surgery can be carried out on the anterior cruciate ligament.

It now could be well into 2015 before Cooper makes a return to competitive action – a fallout from the injury he received while playing for Dr Crokes in last Saturday’s All-Ireland Club semi-final against Castlebar Mitchels.

The player has received many messages of support from the GAA family – many lamenting the fact that his silken skills will not grace the playing fields in the months ahead.

Heartbroken for Colm Cooper and even more for every spectator of the GAA that won't be able to watch him this year! #talent #bestever 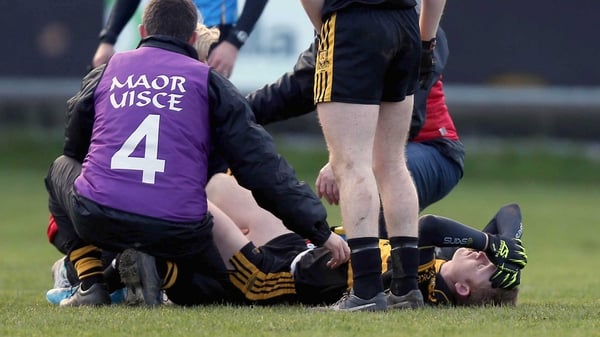