A scan has revealed that Colm Cooper has ruptured his anterior cruciate ligament and will undergo surgery in due course.

The Kerry legend is now set to miss the rest of the season.

The 'Gooch' went off injured in the first half of Dr Crokes' All-Ireland Club semi-final defeat to Castlebar Mitchels on Saturday in Portlaoise.

Cooper was in the process of kicking his side's when he went down under a purely accidental challenge from Castlebar's Tom Cunniffe.

The news comes as a blow to Kerry and their manager Eamonn Fitzmaurice.

The Kingdom are pointless after two games in the Allianz League and upcoming is an away trip to Mayo on 2 March.

Since making his inter-county debut in 2002, Cooper has not missed a Championship game for the Green and Gold.

Speaking to RTÉ Sport, Kerry county board chairman Patrick O'Sullivan confirmed that Cooper had the scan and that he will be sidelined for the rest of the year.

He said: "He (Cooper) visited Santry today to have a scan done on the knee. It showed that he ruptured his anterior cruciate ligament. As a result he is out of football for the year.

"The news is devastating for Colm. I don’t recall him ever having an injury that kept him out for a long time except for the eye injury he got playing against Monaghan a few years back."

"It’s hard to figure life without Colm Cooper in this year’s Championship and it's like a death in the family to all of us." 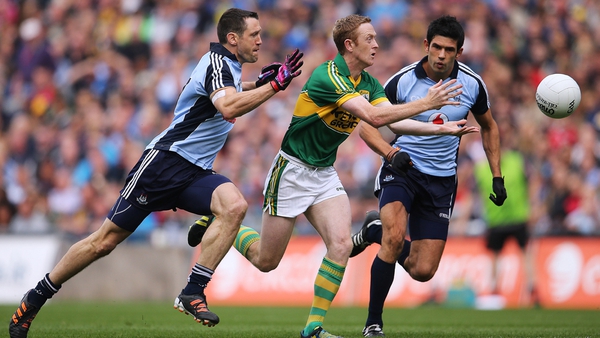