Kerry manager Eamonn Fitzmaurice paid tribute to Paul Galvin following his decision to retire from inter-county football, and says he has the skills necessary to become manager of the Kingdom one day.

Galvin was due to line out as a substitute for Kerry in Saturday's Allianz Football League defeat to Dublin but failed to take his place on the bench, with Fitzmaurice then telling reporters of his shock decision to retire.

Fitzmaurice said of the 34-year-old: “He has the personality and the understanding of the game to be a manager.

“He had a fantastic career, winning everything in the game. Paul’s passion for Kerry was obvious to everyone every time he took to the field. His best trait is his honesty which meant he was a great team-mate and very important in our dressing room.”

Fitzmaurice continued: “Paul had a massive desire to keep improving himself and because of this constant pursuit of excellence, his game evolved over his career as he developed into a key creative player.

“He worked very hard on his conditioning and on his football to be the best and is a great example to our younger players of how ambition and belief, combined with hard work, pays off.

“Paul was excellent to deal with from the management side of things.

"What could have been a potentially awkward situation for us (as brothers-in-law) never was and I’m very thankful to him for that.

“I wish him the best in all his future endeavours. His spirit, drive and most of all his winning mentality will be missed. His heroics in the Kerry jersey will never be forgotten.” 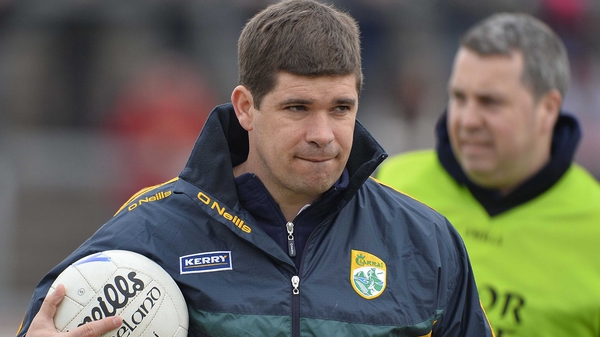