Kerry have named a much changed team to play Dublin in the Allianz League in Croke Park on Saturday from the one that was beaten by the hosts in last year's All-Ireland semi-final.

Manager Éamonn Fitzmaurice has made eight changes in personnel to the side that were beaten 3-18 to 3-11 back in September.

Fitzmaurice is taking the chance to blood new players; Paul Murphy (Rathmore) and Stephen O’Brien (Kenmare), both of whom featured in the recent McGrath Cup competition, make their Allianz League debuts.

Colm Cooper and the rest of Kerry's Dr Crokes players have club commitments and will miss out on the trip to Croke Park.

Paul Galvin and Aidan O’Mahony, who returned to training in recent weeks, are included among the subs. 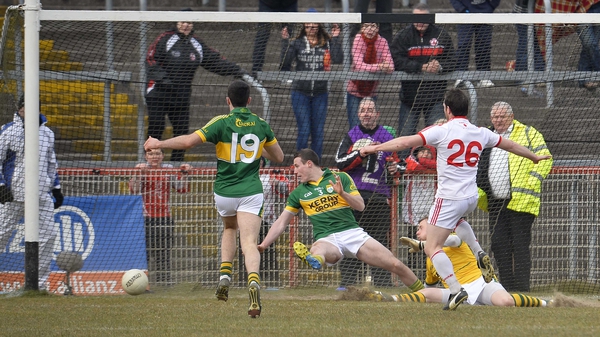