London manager Paul Coggins is hoping that an infusion of new blood on his panel will help them to build on last summer’s success.

The Exiles beat Sligo and Leitrim in the Connacht Championship before losing the final to Mayo and exiting the qualifiers with defeat to Cavan in Croke Park.

Tyrone’s Cathal McCarron, Down’s Marcus Miskelly and Michael Walsh of Mayo have all joined up with the panel and Coggins is hopeful that they can push on, especially in the league, which starts away to Wicklow on 2 February.

Coggins told RTÉ Sport: “They’re out training with us at the moment, those lads, they’re very new to the town. Cathal and Michael both played last weekend in the Championship... and they’re now eligible to play for London.

“There are other guys, Marcus Miskelly from Down – he’s had some experience and there’s lots of new lads that played in the Championship last summer that we’ve brought into the squad.

“But the huge thing is we’ve kept a majority of last year’s squad so that experience is going to be vital. The lads know what’s required to be successful and they’ve just to go out and do it.

"Lots of new lads have come into the town so we need to look at them and we’re doing that in-house at the moment so we’ll see how it goes."

London will play Galway in the Connacht quarter-finals but Coggins admitted that, despite last year’s good run, they were focused on getting out of Division 4.

“[Last summer] helps give us belief and confidence in the squad from what we achieved but we’re not the finished product, we've a lot of work to do,” he said.

“We’re not thinking of the Championship yet, maybe it’s in the back of our heads. Our most important thing is the league, we need to improve in the league and want to put in a good performance straight away against Wicklow.” 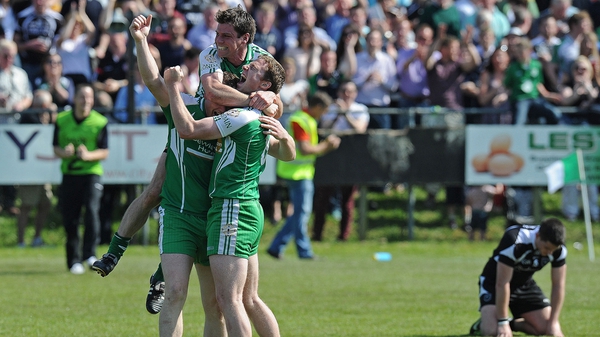