The Exiles’ 1-12 to 0-14 win was their first Connacht Championship victory since 1977 and it was achieved the hard way after Sligo native Padraig McGoldrick missed a penalty and was later sent off.

Coggins told RTÉ Sport: “It wasn’t what we needed. We missed a penalty, Padraig had a brilliant game other than that, he worked tremendously hard.

"It’s hard enough against Sligo, 15 against 15. With the extra man they used it well and they got back into the game. But we kept digging away and we kept working.

“They had no more in the tank, thankfully time ran out. We managed to make history, it’s the first time since 1977. It has taken a lot of work, a lot of great people, good London managers and good London players.

“We’re just thankful for the day and what we did. This is the Connacht Championship and obviously it’s a big result.

"It’s something we had ambition for and we worked awful hard to try and get near this day. It’s a brilliant victory,” added Coggins, who is in his third year in charge. The win sets up a provincial semi-final with Leitrim, who beat New York earlier this month.

Coggins said that they will let today’s win sink in before thinking about the game on 23 June.

He said: “That’s for another day, we’ll enjoy tonight and look forward to playing Leitrim. That’s going to be another extremely tough game. We going to continue working hard and try to go as far as we can in the Championship.” 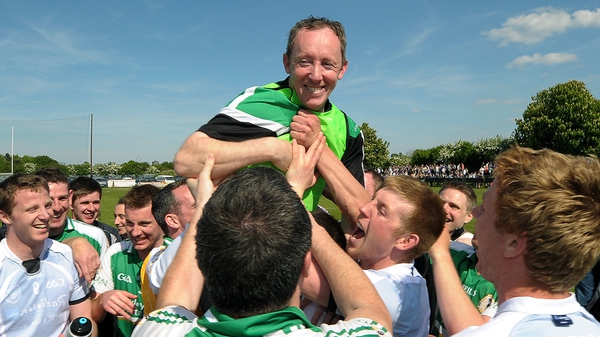