Kildare made a blistering start at Newbridge – scoring 1-03 in the opening nine minutes – but Mayo reeled them in with a power-packed display in this afternoon's NFL Division 1 clash between the sides.

Kildare talisman John Doyle nabbed an eighth-minute goal, yet Mayo rallied to lead by 2-09 to 1-06 at half-time.

Four Mayo points, early in the second half, stretched their lead and Doyle's late penalty was only a consolation score.

The loss of Kildare captain Kevin O'Neill and Padraig Mullarkey to injury prior to the game left Lilywhites manager Kieran McGeeney with selection problems.

But he need not have worried – in the opening quarter, at least, his side really burst of the blocks to snaffle an early 1-03 to 0-00 lead.

Nobody would have stopped the hosts in those opening minutes as they played a lovely brand of football, mixing their passing movements well and they also landed some fine scores.

Forwards James Kavanagh and John Doyle were outstanding, Kavanagh kicking two early points – one after 30 seconds and another interspersed with a Doyle score as Kildare led 0-03 to 0-00 after six minutes.

McGeeney's charges were not hanging around and when Doyle slid the ball under the legs of Mayo goalkeeper David Clarke, it looked odds on that Kildare were set for a win.

But football is a funny game and with 62 minutes or so left in the game there was plenty of time for a Mayo comeback.

And the westerners really showed their mettle as midfielder Tom Parsons and corner-forward Andy Moran both found the net to surge Mayo into a 2-09 to 1-06 interval lead.

Mayo did lose Trevor Mortimer to a hamstring injury, with Pat Harte replacing him, but they turned things around magnificently.

Moran, the UUJ student, was central to their revival as he fed Parsons for his goal and then, in the 31st-minute, he out-fielded Morgan O'Flaherty before firing past Kildare goalkeeper Thomas Corley.

But this was far from a one-man Mayo display and by the time referee Pat McEnaney blew the whistle for the break, four of Mayo's forwards had scored as well as midfielders Parsons and Ronan McGarrity.

Defender Tom Cunniffe, who had been turned by Doyle for that early goal, also got his own back by registering a 12th-minute point.

After Tadhg Fennin had kicked the opening point for the hosts from a placed ball, the second half was mostly one-way traffic.

Kildare were simply woeful in front of the posts and although Mayo claimed the next four points with Mortimer (0-02), Austin O'Malley and Alan Dillon on target, they could only manage one further point in the final 25 minutes, as the bite went out of the game.

In fairness to Kildare, they never gave up. Doyle netted a 67th-minute penalty after a foul on O'Flaherty and the Allenwood ace also sent over an injury-time point, but it was a case of too little, too late for the hosts.

The game marked the 100th appearance for centre-back Anthony Rainbow in a Kildare jersey.

However, it was undoubtedly one to forget for the Suncroft clubman and his colleagues as Mayo finished with six points to spare and, on reflection, probably deserved a more comprehensive win. 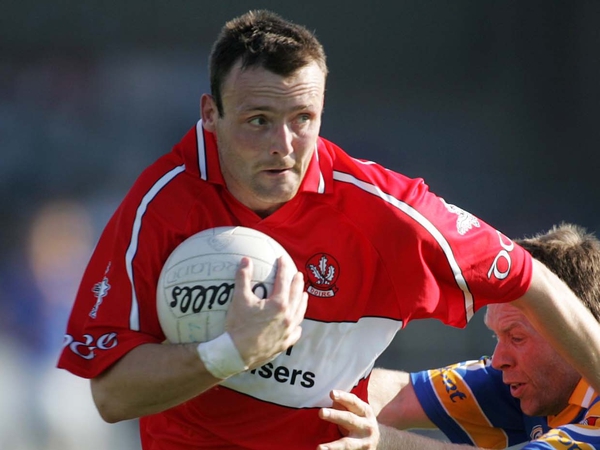