Mayo stayed joint-second in the Allianz NFL Division 1B table after they beat Fermanagh 0-12 to 1-07 and left the Ernesiders ruing their missed chances in Clones.

Winless Fermanagh made a lightning start with points from Tom Brewster and Eamon Maguire being followed by a superb Barry Owens goal in the tenth-minute.

Fermanagh were 1-02 to 0-01 to the good but six successive points from Conor Mortimer (0-03), Aidan Campbell, Trevor Mortimer and Alan Dillon nosed the visitors into a 0-07 to 1-02 half-time lead.

Fermanagh rallied but six second half wides proved costly for them before Brewster and Shaun Doherty grabbed the game’s final two points.

Mayo were without the injured David Brady (calf) and Kevin O'Neill (hamstring), their captain in 2007, and the big presence of Ronan McGarrity – the Ballina midfielder has just begun treatment for testicular cancer.

Fermanagh were forced into three changes before the throw-in with Doherty ruled out and Peter Sherry moving into the half-forward line.

The hosts' forwards were given too much space in the opening minutes, but when the Connacht champions got to grips with their movements, their scoring dried up.

Billy Joe Padden cut an assured figure at centre-back and he was vital to giving Mayo a platform to find their scores. Brewster knocked over a free after fifty seconds and Maguire tagged on a point from play in the third-minute when a goal looked on the cards.

Still, Fermanagh did get the goal their early play merited when Mark Little played Owens through and he rifled past Kenneth O'Malley. But with the Mayo rearguard tightening up, Fermanagh failed to score for the remaining 25 minutes of the first half.

The Mortimer brothers and Campbell found their range at the other end before a free from Dillon, who started at full-forward, levelled at 1-02 to 0-05. Two points from the returning Conor Mortimer edged Mayo ahead.

Pat Harte, who partnered the experienced James Nallen at midfield, opened the second half scoring, four minutes in, and with the Fermanagh challenge wilting, Little notched a much-needed free.

The same player was guilty of the most glaring of Fermanagh's misses as he shot a 58th-minute free wide of the mark. Ger Brady tagged on a point for Mayo before man-of-the-match Conor Mortimer completed an encouraging afternoon's work by taking his tally to 0-07 with a series of points in the closing 20 minutes. 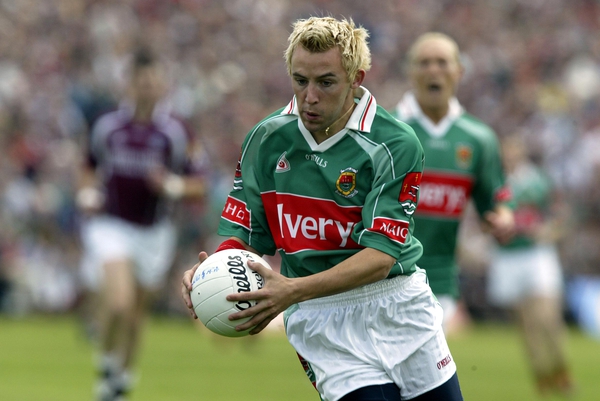