Tottenham defender Jan Vertonghen faces up to eight weeks on the sidelines after tearing ankle ligaments on the eve of Belgium's Euro 2016 quarter-final with Wales.

Before travelling up to Lille on Thursday, the 29-year-old sustained what was initially reported to be a twisted ankle during training at their team base in Bordeaux.

Vertonghen was pictured arriving in northern France on crutches and Belgium head coach Marc Wilmots has confirmed the defender will miss the rest of Euro 2016, with the ankle injury expected to keep the defender out for six to eight weeks.

The injury to Vertonghen throws Belgium's defence further off-kilter ahead of the last-eight clash with Wales.
The 29-year-old has been playing as left-back at Euro 2016, but was expected to play centrally alongside Tottenham team-mate Toby Alderweireld with Thomas Vermaelen serving a suspension.

"The oldest player in the backline might be Toby Alderweireld," Wilmots added. "I have to make a decision on that, I am going to have to think about that.

"I am going to see what I ultimately opt for tomorrow and what characteristics I choose.

"Everyone's thoughts are with Vertonghen at this moment in time. He's a very important player in this squad.
"We've lost Kompany, he was a vice-captain and we have Vermaelen who is banned.

"It is tricky but we have got alternatives. It's a quarter-final, tomorrow we will play a tricky fixture against Wales." 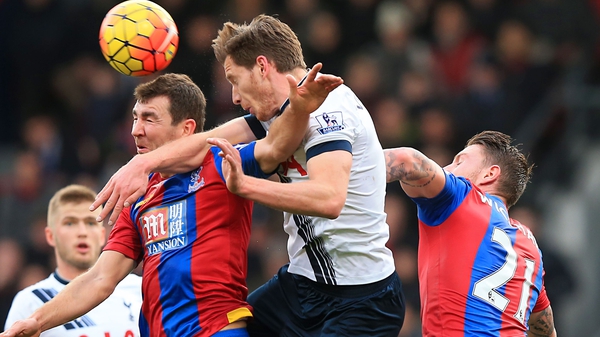