Gareth Bale has branded Wales' Euro 2016 quarter-final clash with Belgium as the country's biggest game in more than 50 years.

Chris Coleman's side, the only one of the home nations left in France in their first major tournament since 1958, take on highly-fancied Belgium for a place in the last four.

Bale, who has scored three goals in their four games so far, said the game was Wales' biggest since losing to Brazil in the 1958 World Cup.

He said: "We know about the quarter-final in the World Cup in '58, so since then it's obviously the biggest game in Welsh football for sure.

"It's one we're looking forward to and eager to get started. We just want to enjoy the occasion, take it all in and hopefully get into the semis."

The fitness of captain Ashley Williams had been a doubt following a shoulder problem suffered in the last round, but the defender took part in training to ease further concerns.

Bale added: "Ashley took part in most of training today, so I think he's okay."

The Real Madrid forward has been at the forefront on and off the pitch for Coleman's side in France and was clearly delighted to see Wales progress further than the likes of England and Northern Ireland, whom they beat in the last 16.

"We're the only home nation left in the competition which is an amazing achievement in itself.

"The game against Northern Ireland was a very ugly game that was not suited to us, but to play badly and win shows the team spirit and character we have at the moment.

"We're very happy and very proud and will be flying the Wales flag high." 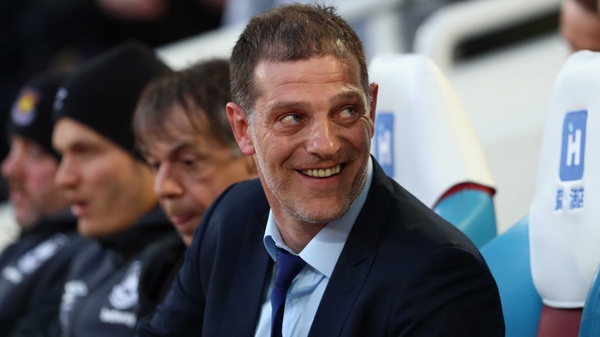 West Ham warn England Slaven Bilic is not an option