Gerard Pique says the star-studded Spanish squad will reflect on their early European Championship exit and admitted that they were simply not good enough to defend their title.

Spain's players arrived back in Madrid this afternoon to no fanfare after a second successive early exit from a major football tournament.

After the team's World Cup nightmare in Brazil when Spain crashed out of the competition in the group stage, the players returned home following  the 2-0 defeat to Italy in the last 16.

A change of coach appears inevitable, after Vicente del Bosque followed his 2010 World Cup and Euro 2012 triumphs with consecutive disappointments.

Ninety-three per cent of those taking part in a poll carried out by sports paper Marca on Tuesday called for Del Bosque to be replaced.

Spain defender Gerard Pique believes the national team needs to go back to the drawing board, arguing that the style of football that had brought his country so much success in the past was no longer effective.

"We need to reflect collectively," the Barcelona defender told reporters. "We need to think what is best for the future of the national team. If we want to win major titles again, we have to raise our level.

"We weren't at the level to compete for the title. We were not the best team here. 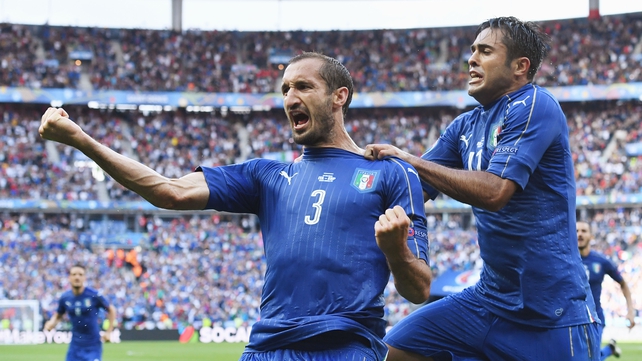 "Despite trying to play the same way as we have done in recent years, we weren't as effective. This exit could help us to go into future competitions knowing that we are no longer favourites to win.

"We need to improve a lot more ahead of the World Cup in Russia."

Many had called for wholesale changes after the country's World Cup setback in Brazil but Del Bosque retained many of the players, expecting them to bounce back.

They were off the pace in a 2-1 defeat against Croatia and again against Italy.

Even so, much-capped defender Sergio Ramos was defiant. "It's painful to go home in the last 16 knowing that we could have had a bigger role in this competition," he told reporters.

"It's a big blow for us but we must be united and turn the page."

Ramos captained Spain in their four games in France in place of veteran Iker Casillas, who lost his starting place to David de Gea.

"With a bag of crisps and from a sofa it's easy to speak," the 30-year-old said. "I don't know if there is a need to change or not because you see players in other national teams that are playing at 35."