UEFA have said they plan to replace the pitch at the Stade Pierre Mauroy in Lille after Wednesday's final Group E match between Italy and the Republic of Ireland.

The new pitch will be transported from the Netherlands and installed by Friday ahead of a last-16 match on Sunday and a quarter-final on 1 July.

UEFA revealed they are also repairing pitches in Marseille and Saint-Denis, where the showcase Stade de France is located.

Almost halfway through the month-long, 24-team tournament, the demands on pitches have never been greater at a finals.

Some stadiums are hosting six games and wet weather across France has had an impact, especially in Lille where groundsmen have been forced at halftime to try to patch up cut-up pitches as players slide repeatedly.

"The extremely difficult weather conditions in the past few weeks [rain, humidity, lack of sunshine] have caused irreversible damage to the surface at the stadium [in Lille], in spite of a series of measures put in place to allow the playing surface to recover," UEFA said in a statement.

UEFA have in the past opted to re-lay a pitch. After a torrential downpour in Basel during Euro 2008 in Switzerland, they decided to replace the entire surface as it was too badly damaged.

A French grass association accused UEFA of "scandalously" trying to pass the buck over the state of playing surfaces, laying the blame firmly on the governing body whose pitch consultant was to blame.

Yet UEFA said they were entirely satisfied with the work done by their pitch consultant Richard Hayden.

"UEFA rejects the completely baseless criticism directed at him throughout the tournament," they said.

Watch Italy v Republic of Ireland (8pm Wednesday) on RTÉ One and RTÉ Player, listen live on Radio 1 or follow the liveblog on RTE.ie 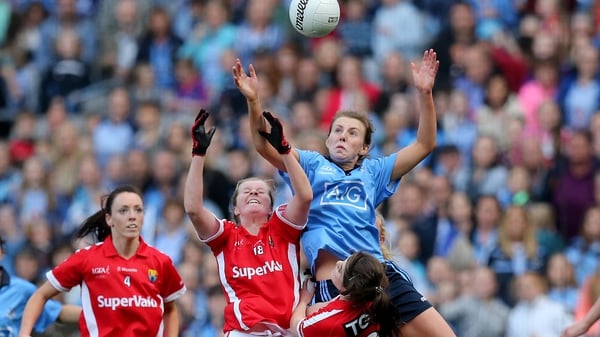 Ladies football and camogie in line for €1m cash boost