Hungary, Belgium and Portugal are the latest countries to face UEFA disciplinary procedures as a result of their fans' behaviour at Euro 2016.

The Hungarian Football Federation will have to answer charges of supporters setting off fireworks, throwing objects and being involved in crowd disturbances after Saturday's 1-1 draw with Iceland. Hungary were already facing charges relating to fireworks set off during their opening match against Austria.

Charges over the setting off of fireworks and throwing of objects have also been levelled at the Royal Belgian Football Association after their 3-0 victory over the Republic of Ireland.

Disciplinary proceedings against the Portuguese Football Federation relate to field invasion after one supporter ran onto the pitch at the final whistle of their goalless draw with Austria in order to get a picture of himself with Cristiano Ronaldo, despite security staff's best efforts to stop him.

The cases will be dealt with by UEFA's control, ethics and disciplinary body on Tuesday.

Other nations already facing proceedings for off-field incidents by their supporters are Croatia - who also have a more serious offence of racist behaviour hanging over them - Turkey, Romania, and Albania.

Russia have already received a suspended disqualification from the tournament for violence by their fans inside the stadium during their opening 1-1 draw with England in Marseille. 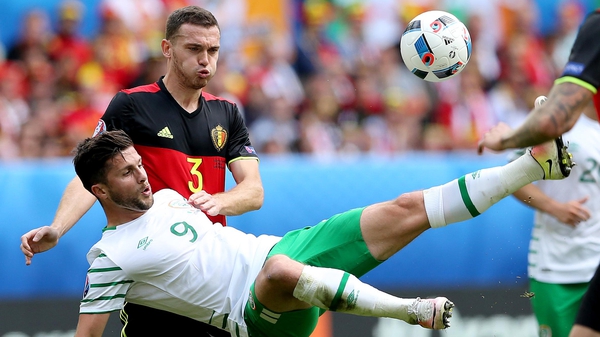