Vicente del Bosque has said that leaving goalkeeper Iker Casillas on the bench for Spain's Euro 2016 opener against the Czech Republic was the most "painful" decision he has made during his tenure as Spain coach.

Del Bosque waited until the last minute before announcing that Manchester United's David de Gea would start Monday's Group D game against the Czechs instead of the national team captain, who had been Spain's first-choice keeper since 2002.

"That Iker doesn't play is painful for me," Del Bosque told Spanish TV of his line-up for the 1-0 victory in Toulouse.

"He is a player that we have to respect because he has been here for 14 years," he added. "I tried to approach things as normally as possible. I had a talk with him because I felt he deserved it. He has more than 160 caps (167).

"We always try to make the best choice and the difference (between them) is minimal."

Casillas, who left long-time club Real Madrid last year to join Porto, started for Spain's title-winning sides at the European Championships in 2008 and 2012, as well as for the victorious 2010 World Cup campaign.

However, he arrived at Spain's training camp last month knowing his starting place was no longer assured.

De Gea, who made his senior debut in June 2014 and was included in Spain's World Cup squad that year but did not feature, had only started in three of the country's Euro 2016 qualifiers with Casillas still preferred.

Del Bosque, however, felt it was in everyone's best interest to not reveal who would start against the Czechs until the day of the match.

"We always try to make the best choice and the difference (between them) is minimal."

"Even my children would ask me whether Iker or David would play, perhaps to boast that they knew, but I always told them that they had to wait and see," Del Bosque added.

"It's my duty to be discreet until the last minute and I didn't do it as a game."

Del Bosque praised the 35-year-old Casillas and believes the goalkeeper remains important to the side.

"I liked how Iker acted on the bench," Del Bosque said.

"I saw he was very serene and relaxed. It's good to see the substitutes living the game and feeling the success as if they were on the pitch. He can help us a lot."

Spain take on Turkey on Friday in Nice and end the group stages against Croatia on 21 June in Bordeaux. 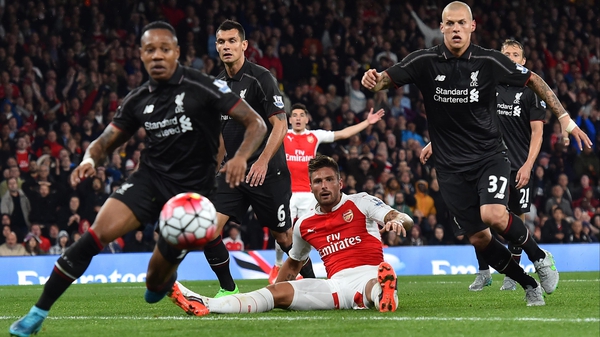