A Ciaran Clark own goal denied the Republic of Ireland three points in their Euro 2016 opener as Martin O’Neill’s side drew 1-1 with Sweden at Stade de France.

Ireland dominated the first half, creating several chances, but were unable to find their way past the Swedish keeper, with Jeff Hendrick coming closest as he curled a right-footed effort onto the crossbar.

But Ireland’s dominance was rewarded three minutes into the second half as Wes Hoolahan smashed home from ten yards to send the travelling Green Army ecstatic.

Sweden battled back into this bruising affair and earned their equaliser and a point after Ibrahimovic’s cross was diverted into the back of his own net by Clark’s diving header.

Ireland manager O’Neill sent his side out in an expected formation of 4-3-1-2 with the only real surprise, the inclusion of centre-half Clark, with both Richard Keogh and Shane Duffy expected to be ahead of him in the pecking order.

With less than two minutes on the clock, Ireland found themselves in prime position on the left side of the box, ideal for Robbie Brady to deliver a threatening set-piece.

And the Norwich man looked to have the radar immediately fine tuned as his first free-kick of the match flew into the danger zone, forcing a fine defensive header from Martin Olsson.

But then Sweden took the game to Ireland, especially working the ball down the left flank with Olsson joining Emil Forsberg in attack with Ibrahimovic offering support inside.

Ireland held firm and then started to take control, creating a string of chances with their early long balls out of defence reaping rewards.

Hendrick was the first to test the Sweden keeper in the ninth minute as he ran on to a clever lay-off from Jonathan Walters. The Derby County midfielder smashed the ball into the ground, making it awkward for Andreas Isaksson but he batted the ball away.

The closest Sweden came to testing the Ireland goal came just a minute later when Berg made a clever looping run around Coleman but Randolph smothered his first touch.

Ireland continued to put pressure on the Sweden defence, this time winning a corner on the left.

Again Brady primed his delivery and this time Clark connected with a fine glancing header, which sped across the face of the goal between the keeper and the defence.

John O’Shea was arriving at the back post but just couldn’t get anything on the ball, when all it needed was a touch.

Ibrahimovic was being well marshalled with Glenn Whelan playing right in front of the striker, keeping an eye on him over both shoulders.

And the big Swede resorted to trying a very ambitious 40-yard free-kick after 21 minutes but the frustration was starting to show as he smashed the ball into the wall.

Ireland kept pushing forward and, while not the most pleasing on the eye, it was certainly proving effective.

Seamus Coleman enjoyed a rare foray out of his own half just before the half-hour mark and whipped an early ball across the box. Hendrick had dropped to the back post and worked a clever ball back to Brady.

The Norwich man cut inside and let loose with his right foot, the ball just flying inches over the bar with the keeper beaten.

Then it was Hendrick’s chance to get another look at goal as he drove in from midfield, as Long picked the ball up on the left side of the box.

The ball was delightfully rolled into Hendrick’s path and he caressed a curling right-footed effort that cannoned off the bar. Again the keeper was unable to get close to the spectacular shot.

Ibrahimovic was showing his frustration as he dropped deep and left his foot in a little late on a couple of occasions, but without malice, and then a half-cleared corner was worked back into the Ireland box in the 38th minute.

A snap-shot, harmlessly wide, was all the striker could muster but it was a warning volley to the Irish defence that they could not switch off for even a moment.

The last chance of the half arrived, again from the left, with Brady getting forward and delivering an inch-perfect ball across the face of the goal.

Shane Long looked set to get the vital touch but the pace on the ball proved too much for the Southampton striker.

Sweden lost Mikael Lustig through injury in at the end of the half, while James McCarthy picked up a yellow card. Sweden had to bring on centre-half Erik Johansson as they did not select a reserve right full.

That Irish concentration proved vital for the opening goal with less than three minutes of the second half played.

The manager must have told his dominating side to keep putting pressure on the Swedish. And then a bit of quick thinking sent Walters bombing down the left, unable to be offside from the clever throw-in.

Irelandgot numbers forward and while Hoolahan’s cross was too deep, Coleman picked the ball up and drove in from the right,before clipping the ball to the back post.

The arriving Hoolahan had to check his run and then timed the sweetest of right-footed half-volleys to smash the ball past the diving Isaksson.

Sweden attempted to hit back straight away and put tremendous pressure on the Ireland goal with a string of corners. And credit to the Irish defence who stood firm.

Amidst the onslaught, Clark deflected the ball off his shin to force a top-class save from Randolph, before Brady eventually cleared the danger, sprinting out of the defence with the ball into space to hand his entire team a well-deserved breather.

Sweden brought John Guidetti on for the ineffective Berg and Hamren’s side upped the tempo, as Ibrahimovic got on the end of an Olsson cross in the 60th minute. The striker held off Clark but his volley flew wide.

The pressure kept building on a tiring Ireland side and the Swedes eventually got a deserved equaliser in the 71st minute.

Ibrahimovic turned provider as he raced across the front of the goal to the left by-line before smashing an exceptional ball across the six-yard area.

Clark was covering his near post and knew that Guidetti was arriving behind him, and as he attempted to clear, his diving header crashed into the back of the net.

Both sides were trying to win it for the remaining 15 minutes as Ireland threw record goalscorer Robbie Keane into the fray, but Sweden were dominating and were looking the most likely to score, with Seb Larsson inches away from another Olsson delivery.

Sweden pressure grew as the Ireland team lost their shape but eventually time ran out as two jaded sides settled for a draw, which was certainly the fair result, but might do neither side any favours going into the next two games against Belgium and Italy. 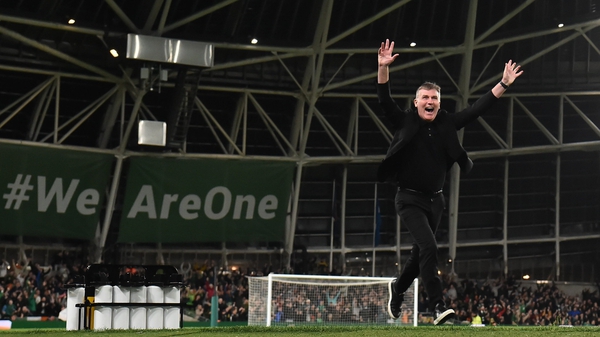 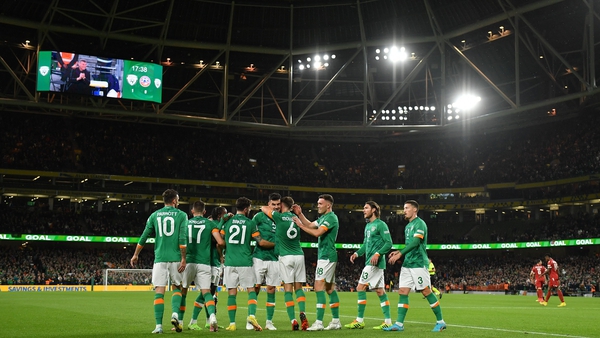 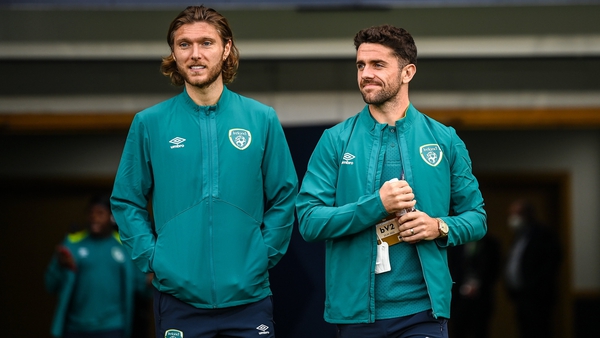 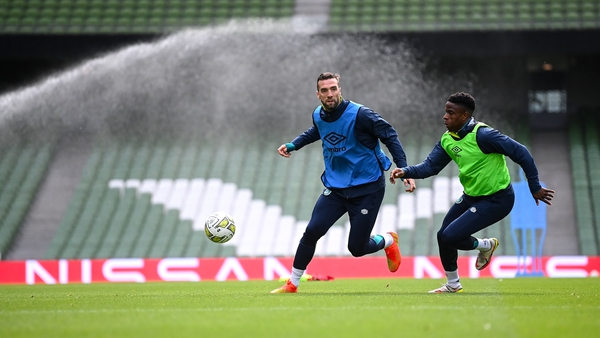 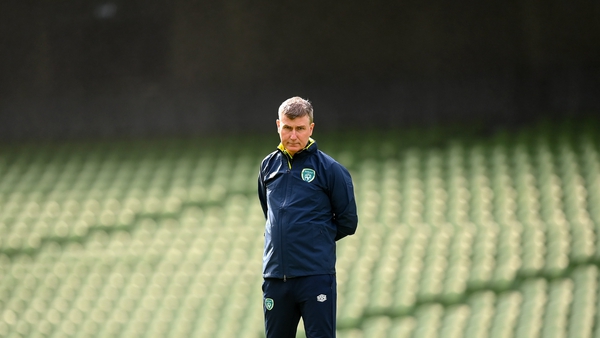