Sweden elected to train behind closed doors on Saturday as they prepared for their Euro 2016 opener against Ireland following several flare-ups between players and coaches in training on Friday.

This led to the Swedes deciding not to open Saturday's training to the media for the usual 15 minutes.

Press officer Niklas Bodell later explained to reporters that the reason for the behind-closed-doors session was that the team wanted to concentrate on tactical details before Monday's game in Paris.

On Saturday, the Swedes played down the arguments, with Marcus Berg, Guidetti's rival for a starting spot alongside captain Zlatan Ibrahimovic, saying that it was nothing he had not seen before.

"It happens in the club side every day," the Panathinaikos striker Berg told reporters. "It doesn't happen in the national team that often, but it does happen occasionally in small-sided games.

"There are bad losers -- and bad winners who mock them. Some take it harder than others." 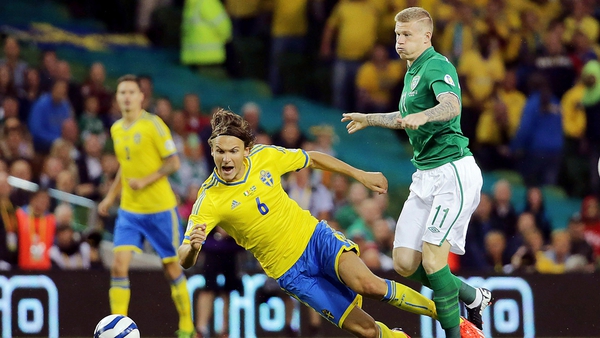