De Gea had reportedly been sent home from Spain's Euro 2016 training base following the allegations that emerged in El Diario on Friday.

But the 25-year-old has remained in France and addressed the matter at a press conference in Saint-Martin-de-Re, describing the allegations as "lies".

And now Del Bosque has given his backing to De Gea ahead of Spain's tournament opener against the Czech Republic in Toulouse on Monday.

"We are here to support him at all times and to give him all our love," the 65-year-old told Teledeporte.

"The boy has explained to us that he had nothing to do with it."

Forward Pedro has also brushed aside suggestions that the allegations have upset the mood in the European champions' camp.

"We know what happened yesterday and that does not affect us. We are now focused on the game," the Chelsea attacker said in an interview with AS.

"Harmony is very good and we want to start in the best way possible. The first match is very important, we want to win and play well.

"From there begin to grow as a team to move forward." 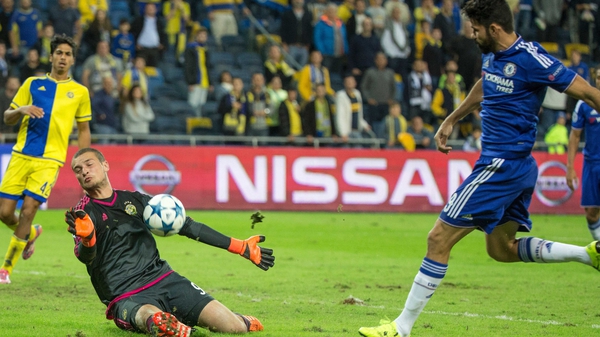