Upwards of 75,000 Irish fans are expected to descend into Paris ahead of Ireland’s opening Euro 2016 clash with Sweden at the Stade de France.

Most will take a few days either side of the opening game to explore the beautiful City of Lights. And with so much to interest the novice or even the most experienced traveller, here is our city guide to help plan what may prove to be a trip of a lifetime.

Most will arrive into Charles de Gaule airport, located to the north of the city and there are regular trains that will take you into the city, stopping off at several major stations, including Gare du Nord, Chatelet Les Halles and St Michel Notre Dame.

Check the metro map to see what part of the city you are staying and you will easily work out a connection to the closest metro station to your hotel. If you are staying to the north of the city or around the historic Saint Denis area, where the stadium is located, and there are three or four travelling, it will be just as cheap to hail a taxi from CDG. 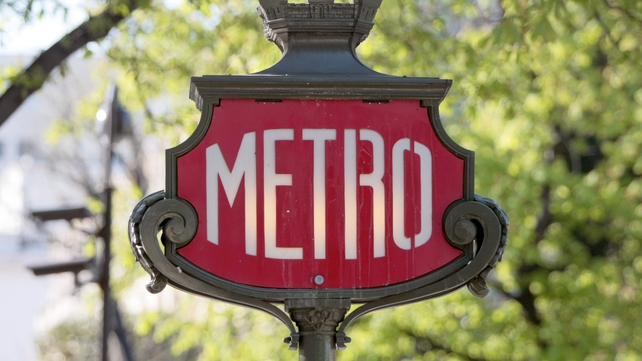 Once in Paris, the metro system is, without doubt, one of the most efficient city centre transport systems and virtually foolproof to understand. One metro ticket allows you travel anywhere within the main Paris zones, changing as many times as you like, without exiting. You can purchase a 10-journey (carnet de dix) ticket, which works out at less than €1.50 per journey.

Once out on the mean streets of Paris, finding your bearings is just as straightforward, allowing you to walk easily between the many tourist attractions that you will be looking to visit, with a good street map in hand of course.

But should you lose your way, keep walking until you find the nearest metro station – probably no more than a few hundred yards in any direction – and start again. Easy. Right?

Officially in Saint Denis, Stade de France is located just outside the Paris periphery but is very accessible by train. There are three train stations within easy walking distance of the stadium and this will certainly be the most convenient way of travelling on matchday.

If travelling from within the metro zone, the easiest way of getting to the stadium is to take Line 13 to Saint-Denis-Porte de Paris. 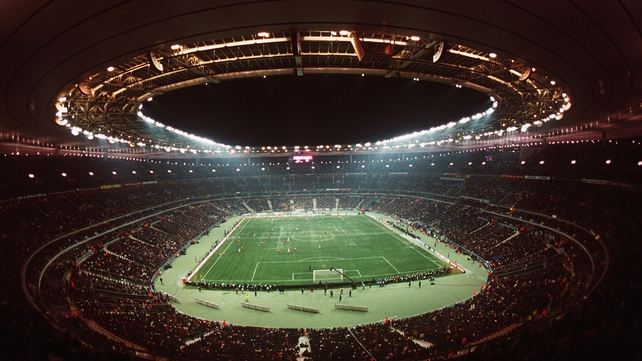 Otherwise, the suburban trains also take you out to the stadium from several of the main Paris stations, which link up with the metro; RER B line to La Plaine-Stade de France station or RER D line to Stade de France-Saint-Denis station.

The stadium, built for the 1998 FIFA World Cup, is more of an event arena rather than a football one. Supporters can find themselves a long way from the action in this 80,000 capacity venue but the fact that there will be upwards of 40,000 fervent Irish supporters in situ for the Sweden game on Monday will make that particular game an event in itself.

Security is going to play a huge factor in this year’s tournament, so leave in plenty of time and aim to get to the stadium at least an hour ahead of kick-off to avoid disappointment.

Expect delays and random searches and the police and other security forces will not tolerate any over-exuberant antics in the vicinity of the stadium. So what you might consider “a bit of craic” on normal matchdays, may not be appreciated by the under pressure and overworked security personel.

Make sure you have pre-paid tickets for the homeward journey after the match as there are likely to be huge queues, so this is where the aforementioned pack of ten metro tickets can come in very handy.

There are two Fan Zone areas in Paris, located at the Eiffel Tower, as well as another close to the Stade de France at Parc de la Légion d'Honneur. Big screens will show every match of the tournament live and should be a real hive of activity throughout the day and on into the night. Beer will be freely available within the fan zone with some entertainment planned in between and after the live matches.

You are well advised to turn off your data roaming when you arrive in France and rely on the local wifi, whether in your hotel or when eating or drinking around the city, as most establishments are well equipped at this stage.

If you really cannot function without tweeting and snapchatting your every move, you can invest in a mobile pocket wifi. Hippocket is very reliable and the battery pack should get you through the entire day.

One of the world’s culinary capitals, Paris provides the perfect dining experience for every budget. Eating out is very much the norm in Paris and every district is well served. Areas like Montmartre, Bastille, Les Halles and Montparnasse are some of the great areas for eating out, while a ramble around the Rue Mouffetard and the Latin Quarter area of the left bank (5th district) offers excellent choice at reasonable prices.

Irish fans cannot go too far wrong by finding their local Corcoran’s or O’Sullivan’s (both chains of Irish bars located all around Paris) where prices are not too much more expensive than Dublin (well, eh, Temple Bar anyway).

But beware, Paris prices can often shock, especially when discovering that the price of a pint can often set you back over €10 for the pleasure. Beer culture is, however, beginning to infiltrate this wine-loving city with many craft beer pubs and micro-breweries starting to pop up throughout the city.

Those renting apartments or camping should find things a little easier on the pocket as the price of beer in the supermarkets is a mere fraction of what you will pay in the pub.

Whether you have one day, or perhaps a few, you can easily fill them taking in any of the hundreds of tourist attractions dotted about the city.

Here’s a couple of sample itinerary days for the novice and the experienced Paris visitor.

What better way to start the morning than to roll up to the city-defining Eiffel Tower to marvel at one of the world’s most iconic attractions.

The metro at Trocadero is a great starting point, as it offers excellent panoramics of the tower, before taking the short stroll across the river to marvel at the scale and size of the construction. First-timers have an obligation to take the trip to the top to enjoy the unspoilt views of the city.

Next stop, metro George V to enjoy a ramble up to the Arc de Triomphe and peer down the magnificent Champs-Élysées, another of Paris’ must-see destinations. 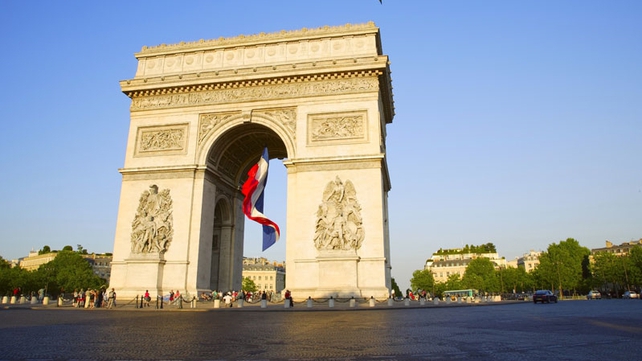 For the energetic, the walk from the grande boulevard down through Place de la Concorde, on to the Jardin des Tuileries, before arriving at the Louvre, will be one hour well spent in this beautiful city. The metro is always at hand for those looking for the quick-fire approach.

Of course, viewing the Mona Lisa is top of the list at the Louvre museum and while there might be a tinge of disappointment of the diminutive nature of the famous painting when you finally find it, the experience is one of those ones that tends to stick with you forever.

At this stage, you are almost in Les Halles/Chatelet, a huge pedestrianised area with excellent shopping and many more attractions close by. So grab a bit of lunch and then alternate between the George Pompidou centre or the nearby Notre Dame cathedral, located on an island in the middle of the adjacent River Seine. 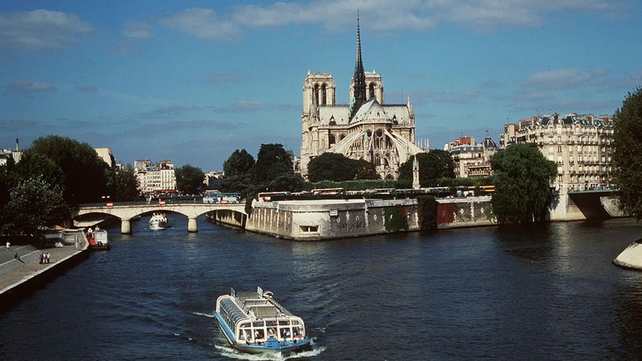 If, by mid-afternoon, you are still feeling the whole tourist thing, it might be an idea to complete your trip by hopping on board a Bateau Mouche for a cruise up the majestic river that dissects this amazing city in two, while getting to see many more attractions from the unique view from the river.

And a great way to round off the day is to jump on the metro and travel to the north of the city to Montmartre to pay homage at the spectacular Sacre Coeur. Of course, there are more steps to take you up to the summit, but the views from the top, watching the sun set over the city will make the journey more than worthwhile.

For the many who have already visited the main attractions of the city, there is so much more to discover as you can really start to explore individual districts around Paris.

The city is split into 20 districts (arrondissements) spreading out in all directions from the river to the périphérique (ring road that runs around the outskirts of the city).

Start the morning with a visit to the beautiful Jardin Du Luxembourg, just south of the river. The gardens were inspired by the Boboli Gardens in Florence and are a mix between French and English gardens with statues aplenty. If you are travelling with children, it’s a great place to let the youngsters loose with plenty of activities there to keep them busy.

Around the area, you can take a short stroll down around the bohemian Latin Quarter, which is home to the world-renowned Sorbonne University and also boasts a strong Irish connection, or venture towards the historic area of Saint-Germain-des-Pres. 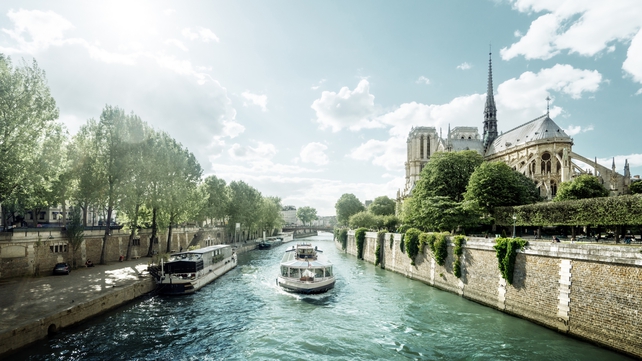 Tour Montparnasse 56 is a 210-metre skyscraper plonked in the middle of this district, and while not the most aesthetic of buildings, the panoramic top floor viewing platform – which is reached by the fastest lift in Europe – offers some of the best views of Paris, especially when looking west towards the nearby Eiffel Tower.

After lunch jump in a taxi to Republique in the north east of the city to visit the recently developed Place de la Republique, which now boasts an excellent pedestrian space. The area also has a thriving nightlife.

Options from here are to take a stroll to Canal Saint-Martin, for a walk along the quays, or visit Parc des Buttes-Chaumont, where the hills offer more great views of Paris.

Also close by in this area of Paris is the world famous Cimetiere du Pere Lachaise, where you can visit the grave of The Doors frontman Jim Morrison, which has become a shrine to music fans, and pay your respects to Oscar Wilde, who is also buried here.

The historic Bastille area proves the perfect way to close out the afternoon with a stroll along the Coulée verte René-Dumont, which takes you on a scenic journey out of the city along a disused railtrack.

Returning to the area, there is also a real buzz about Bastille with a young and energetic population creating the perfect ambience to end the night. Dinner at the reasonably priced Café des Anges won’t disappoint. 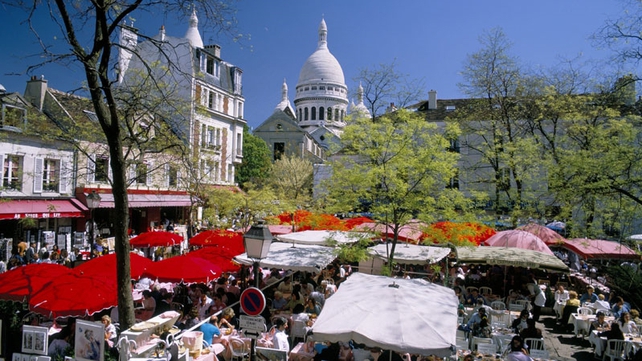 IRELAND’S BASE AT VERSAILLES

The Ireland team are based out in the palatial town of Versailles, which is just a short train journey from the centre of Paris (about 20 minutes).

And while you are unlikely, in this day and age, to bump into one of the Boys in Green, you can make your way up to Stade de MontBauron and attempt to get a glimpse at a training session or at least see them transported from the palace-side hotel in the Republic of Ireland branded bus.

But Versailles is well worth the visit if only to cast your eyes on the spectacular Palace and Gardens that once housed the French King Louis XIV.

Things didn’t end so well for the French royalty in these parts so let’s hope the Cradle of the Republic proves more favourable for the Irish.