The country’s football fans were buzzing after Giovanni Trapattoni led Ireland to their first major tournament in ten years.

After the heartbreak of the World play-off loss in Paris in 2009, where a controversial goal denied Ireland a draw, the Boys in Green made it through to Poland and Ukraine after drawing the weakest team, Estonia, in the play-offs, and a comprehensive two-leg win over the minnows provided a sense of optimism heading east.

Drawn alongside champions Spain, Italy and Croatia, we relied on our not-too-shabby record in previous tournaments to build up an element of bravado.

Of the four major tournaments Ireland had made to that point, Euro ‘88 stood apart as the only one where we failed to progress to the knock-out stages. 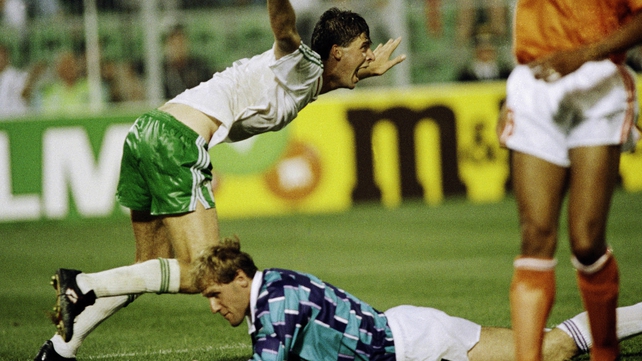 In addition, Ireland had a decent recent record against Italy, including two draws in World Cup 2010 qualification and a 2-0 friendly win in Belgium.

Spain might pose a problem but ‘we always raise our game in tournaments’ was a common refrain.

But behind the scenes all was not well in Poland ahead of the group games.

“[By] the time the tournament started, we couldn’t stand the sights of each other,” Ireland’s player of the year Keith Andrews told Sky Sports recently about Euro 2012.

Others such as Darron Gibson and Stephen Hunt were also less than impressed with the set-up under Trapattoni. 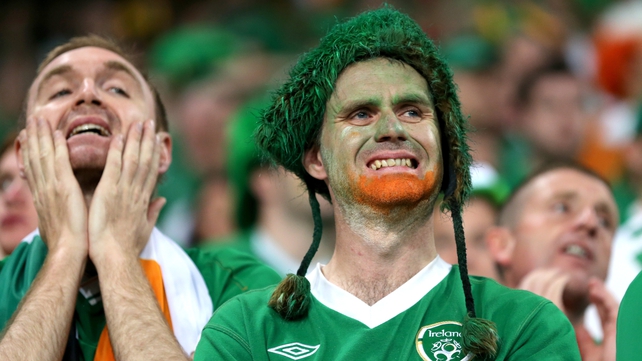 “Get the f**k away from me,” was Hunt’s dressing-room warning for assistant manager Marco Tardelli after the last group game versus Italy, previous to which the winger was told he would play some part only to see Simon Cox sent on as the last substitute.

Gibson, who failed to make the cut this time around, was also an unused substitute in Poland, and had to watch Derby’s Paul Green coming on for Glenn Whelan in the 4-0 loss to Spain.

The Everton midfielder didn’t make available himself to Trap for the lacklustre 2014 World Cup qualifying campaign.

And with a bit of hindsight it's not that surprising that it took just three minutes for Ireland's Euro hopes to come crashing down.

Many of the faithful fans hadn’t taken their seats in the stand in the Municipal Stadium in Poznan before Mario Mandžukić put Croatia 1-0 up with a header that caught out goalkeeper Shay Given. 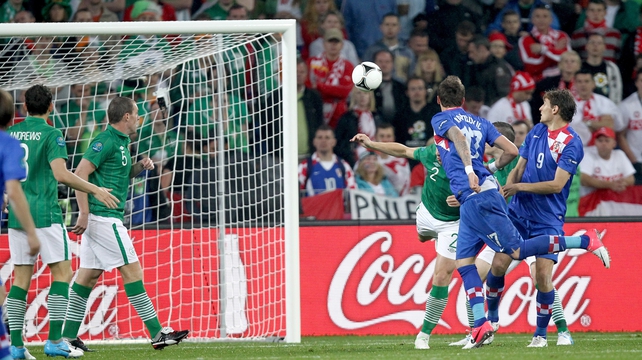 There were just three minutes on the clock and Ireland were shocked.

However, a set-piece got the team back in the tie.

Centre-back Sean St Ledger stooped to meet Aiden McGeady’s cross to get the sides on terms on 19 minutes. This, unfortunately, was as good as it got for Trap’s men in the tournament. 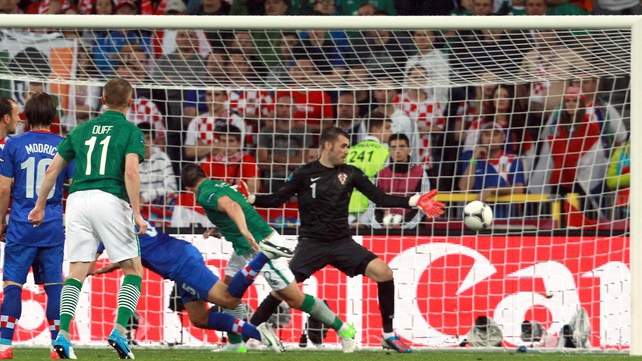 Nikica Jelavić was on hand to take advantage of a sloppy clearance from the Ireland defence just two minutes before the break and Mandžukić killed the game off with another header, this time the ball rebounding off the post and hitting a diving Given on the head before finishing in the back of the net.

Ireland never really threatened to get back into the game and things were looking ominous from that moment on. 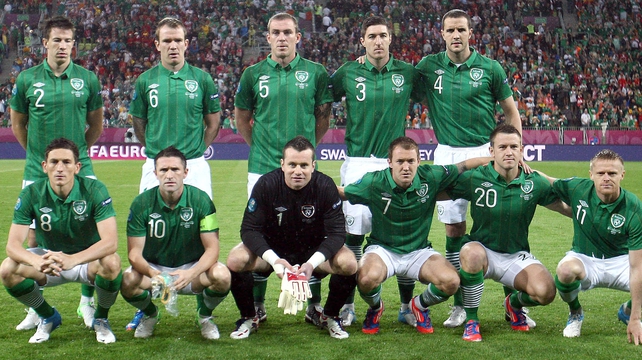 Ireland were in Gdansk facing the World and European champions Spain. Simon Cox came in for Kevin Doyle in the only change from the defeat to the Croats.

Ireland could barely get a touch of the ball and an unmarked David Silva ended any remaining hopes the Boys in Green had when he passed the ball home from 12 yards in the 49th minute. 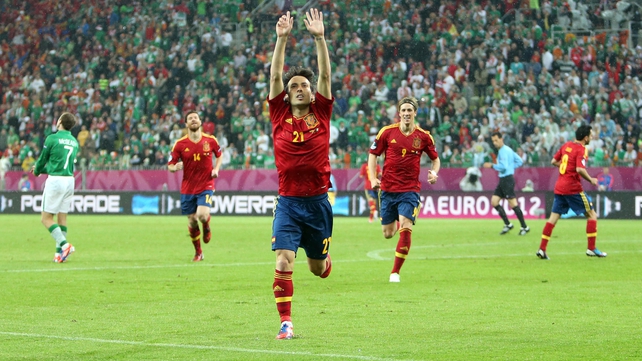 Torres grabbed his second with 20 minutes to play, slotting past Given after latching on to a through ball, and sub Cesc Fabregas ended the rout as Ireland fell asleep at a corner, allowing the then-Barcelona man smash the ball in off the far post.

It was as miserable a performance as came under Trapattoni, with sloppy defending playing a part in all four goals, as if Spain needed any help in that matter. 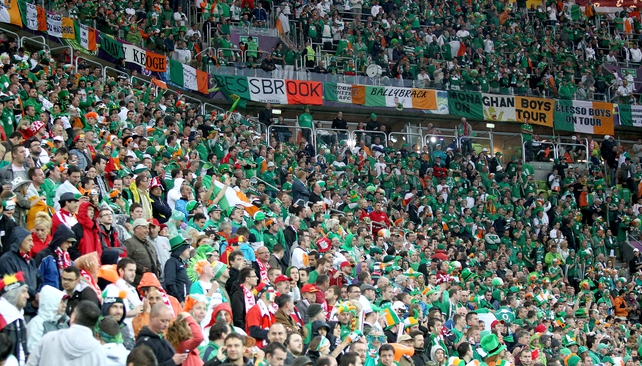 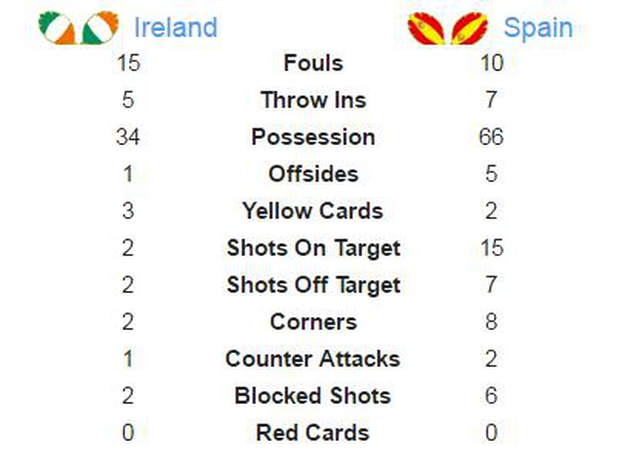 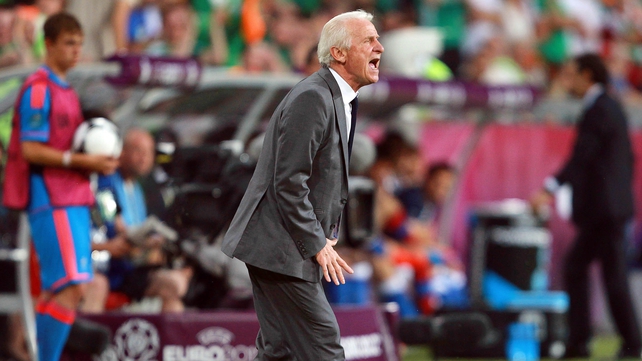 With Ireland well and truly out it was back to Poznan as Trap faced his native country, where he was manager from 2000-2004.

Instead of giving some of the squad members a run-out in a meaningless match, the Italian reverted to the selection that started against Croatia.

It didn’t work but Ireland were improved in attitude until Italy broke through ten minutes before the break. 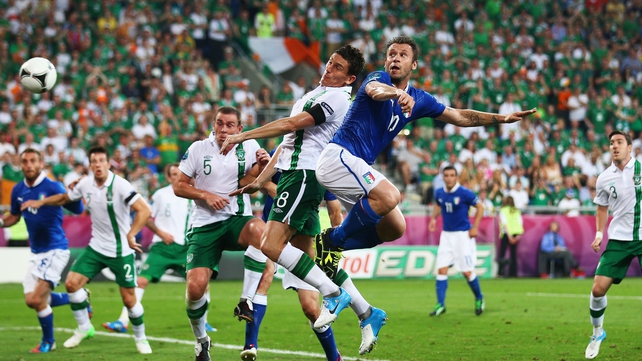 Sub Shane Long missed a close-range header but the game was put to bed when Mario Balotelli outmuscled John O’Shea in the box and angled home a volley for 2-0 in the 90th minute.

A frustrated Andrews was red-carded for a second booking near the end as Ireland's miserable campaign came to a finish. 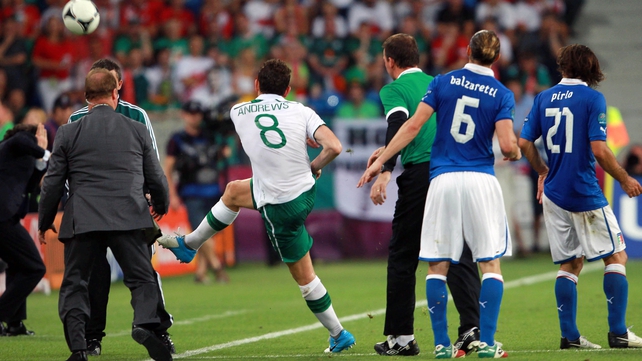 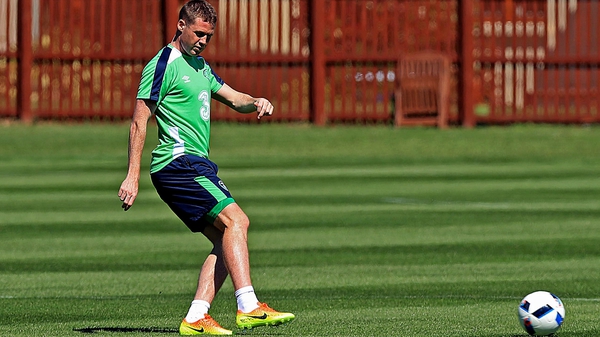