Ronnie Whelan has drawn comparisons between Robbie Keane's role at Euro 2016 and his own involvement in USA '94, and backed the 35-year-old Dubliner to play a key part in the creating right dressing-room culture in France.

Whelan was a 32-year-old stalwart heading for his third major tournament with the Republic of Ireland 22 years ago, and resigned to the fact that younger blood and fresher legs would be relied on against Italy, Mexico and Norway.

Nevertheless he immersed himself in the experience, cajoling the less experienced members of the squad and offering words of wisdom. Now, the ex-Liverpool midfielder believes Keane is in the position to do the same.

“Robbie’s not a definite starter, but that was me going into USA '94," said Whelan, speaking to RTÉ soccer podcast The Panel.

"I was in the position where Robbie is. You’re coming to the end, there’s younger lads coming in, you know you’re not going to really play but (you're thinking), 'now I’m part of it'.

"I think Robbie has been part of it and has been right there helping everyone all along the way. He’s a good help in the dressing room. I think Robbie will give a lot when he’s out there. I wanted to be there in '94 to do as much as I could to help us go as far as we could."

"Jack did a great job of getting the lads to row in behind him."

Whelan made his international debut in 1981 when he was a fresh-faced rising star at Liverpool, but admits his best days in a green shirt came under Jack Charlton.

Those teams enjoyed a remarkable journey that brought them to Euro 88, Italia 90 and USA 94, a period studded with glorious highs and new experiences.

Whelan talked up the incredible spirit and togetherness of those Irish sides, and believes Martin O'Neill is cultivating something similar with the current vintage. 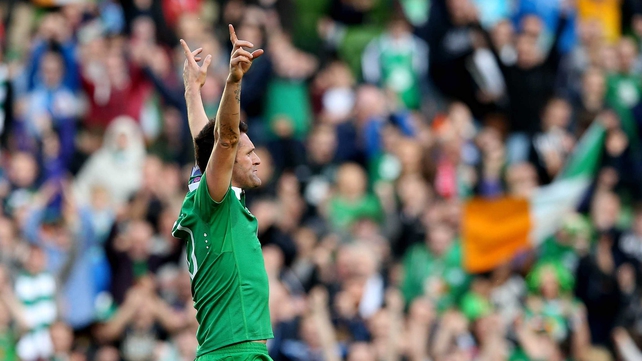 "You’re sort of starstruck, you gravitate towards the younger lads. When Jack took over it was a completely different squad. They were the most enjoyable Irish squads I was part of.

"There was a camaraderie. There was laughter all the time. Jack did a great job of getting the lads to row in behind him. It wasn’t the way I would have played football, but Jack had us all behind him.

"You would hope Martin has it this time and maybe that’s something that, with the lads that he’s kept in, he knows that there’ll all going to row in the right direction.

“I think Martin has a load of lads who he trusts and they trust him."

The scorer of one of the great Irish goals against the USSR at Euro '88, Whelan believes the stage is set for a new hero to capture the public imagination and earn their place in folklore.

“There’s history to be made by somebody," he added. "It didn’t happen in 2012… but in years to come will we be talking about somebody who got a magnificent goal say against Italy, like Ray Houghton did?

"Is there somebody this year that’s going to be remembered in 25, 30 years time for a great goal they’ve scored?” 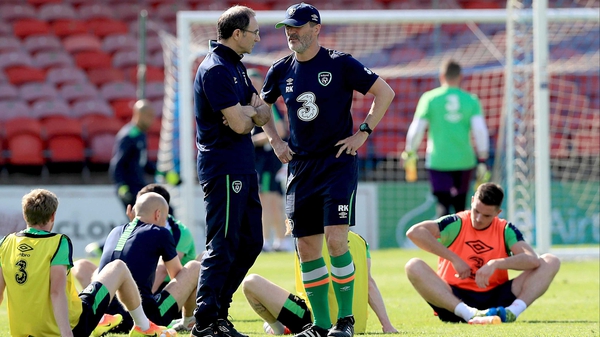