James McClean is determined to make the most of his opportunity to go to a second major finals tournament with the Republic of Ireland.

Four years ago, McClean was handed a wild card entry to Giovanni Trapattoni's squad for the tournament in Poland and Ukraine, having only won his first senior cap in February 2012.

"When I did get called in it was a special moment for me and my family and hopefully if I'm called upon this time, it will be just as special."

He managed only a few minutes on the pitch as a substitute in the 4-0 defeat to Spain in Poland, but with Ireland boss Martin O'Neill - who was McClean's manager at Sunderland four years ago - indicating he will be on the plane once again when the squad leaves for France on June 8, he is desperate to grasp his chance second time around.

McClean, 27, said on FAI TV: "For me, I'm feeling a lot more mature as a player. Four years ago, I was just a young boy and had never played any minutes of the campaign, but managed to work my way into the squad for the Euros.

"This time, I feel more part of the squad. I was obviously part of the qualifying campaign, so I want to go over (to France) this time and play. Hopefully I will get a chance to play.

"To represent your country at a major tournament is always something special. For me, as I said, four years ago I was only a young boy and didn't play any games.

"When I did get called in it was a special moment for me and my family and hopefully if I'm called upon this time, it will be just as special."

McClean will hope for further action in Tuesday night's final warm-up game against Belarus at Turner's Cross having won his 37th cap as a second-half substitute in the 1-1 draw with Holland at the Aviva Stadium on Friday.

The game will provide those players about whom O'Neill is still undecided a final opportunity to convince him that they should be in his final 23, but the manager will also be keen to extend an unbeaten run which currently stretches to five games.

McClean said: "For a lot of lads, it will be minutes under the belt, but we want to get a win to leave on a positive note and take that momentum with us to France.

"For everybody, it's a chance to stake a claim for France, but we also want to win to get that momentum."

Ireland might have done just that against the Dutch had a momentary lapse in concentration not allowed substitute Luuk de Jong to grab a late equaliser, but there were positives to be taken from the 90 minutes.

McClean said: "We knew that Holland, even though they didn't qualify, would be a very good side who would have the majority of possession, but at times we played a lot of good football ourselves.

"A draw with Holland is nothing to turn your nose up at, but we were disappointed that we conceded so late on.

"Holland are not far off the level of teams who we will be playing in France. The likes of Belgium and Italy will probably have the majority of possession, we know that, and it was the same against Holland." 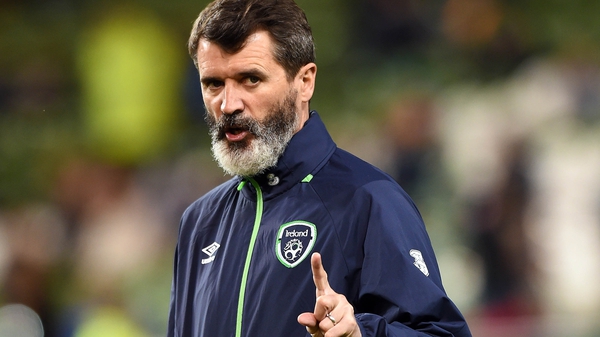