Mario Gomez put Germany in front with a penalty, only for Marek Hamsik, Michal Duris and Juraj Kucka to turn the tide, the latter with the help of a terrible error by goalkeeper Marc-Andre ter Stegen.

Slovakia are now unbeaten in seven matches, with Northern Ireland awaiting in their final friendly before Euro 2016.

Nolito pressed his claims for inclusion in Spain's squad with two goals in a 3-1 victory over Bosnia-Herzegovina in Switzerland.

Emir Spahic hit back for Bosnia after Nolito's double, only to be sent off before half-time for clashing with Cesc Fabregas. Chelsea forward Pedro claimed a late goal to seal Spain's win.

Southampton striker Graziano Pelle claimed the only goal as Italy saw off Scotland 1-0 in Malta and Scottish manager Gordon Strachan admitted his side were "badly off the pace" afterwards.

Strachan felt the Malta friendly was a harsh lesson both for his players and Scottish football as a whole as Italy outclassed his team.

Pelle curled home the only goal from 20 yards but Scotland would have been on the end of a heavier defeat if Emanuele Giaccherini had shown more composure when presented with several clear chances in the first half.

Italy appeared to ease off after Pelle's 57th-minute strike but Scotland only managed one effort at goal - Matt Ritchie's 78th-minute strike whistled wide of the near post from 18 yards. 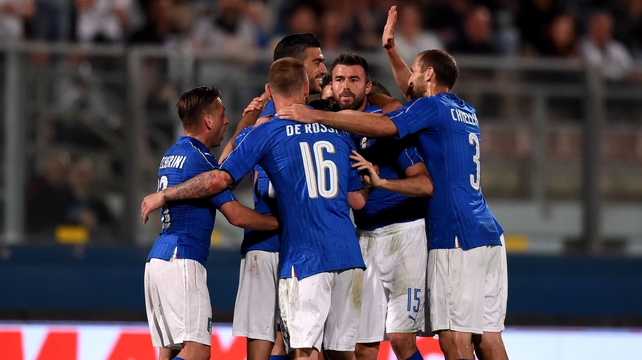 The 27-year-old led the way as Armenia recovered in style from slipping 1-0 behind to Carlos Ruiz's seventh-minute goal.

Ukraine brushed Romania aside 4-3, scoring all their goals inside the hour before easing off the gas to coast home.

Denis Alibec and Nicolae Stanciu netted late on for the hosts, but by that stage Ukraine had already relaxed into their win.

Mehmet Topal pilfered Turkey a 1-0 victory over Montenegro by firing the game's solitary goal in the fourth minute of added time.

Raul Ruidiaz, Andy Polo and Yoshimar Yotun were all on target in Peru's 3-1 victory over El Salvador, who had Nelson Bonilla to thank for their solitary strike.