Croatia coach Ante Cacic has left Liverpool defender Dejan Lovren out of his provisional 27-man squad for the European Championship after they fell out in March during a friendly against Hungary.

Lovren was an unused substitute in the 1-1 draw and later made angry remarks about Cacic, who axed him after the centre-back stopped warming up when he realised he would take no part in the game.

"These are the best players we have at our disposal," Cacic said on Monday.

"Playing in the national team requires good form and total commitment at club and international level. We want to keep a sound atmosphere in the dressing-room.

"I haven't closed the door on Lovren for good, he can return one day if he realises that he has to be a team player," he added.

"When it dawns on him that he can't look down on his team mates, the staff and the coach, he will perhaps find a way to get back in."

Lovren has stood out for Liverpool recently, scoring a stoppage-time winner in the epic 4-3 second-leg win over Borussia Dortmund which sent the Premier League side into the Europa League semi-finals.

He was also outstanding in the 3-1 aggregate semi-final defeat of Spanish side Villarreal which propelled Liverpool into the final against holders Sevilla in Basel.

Croatia are in Group D at 24-nation Euro 2016 along with holders Spain, the Czech Republic and Turkey. 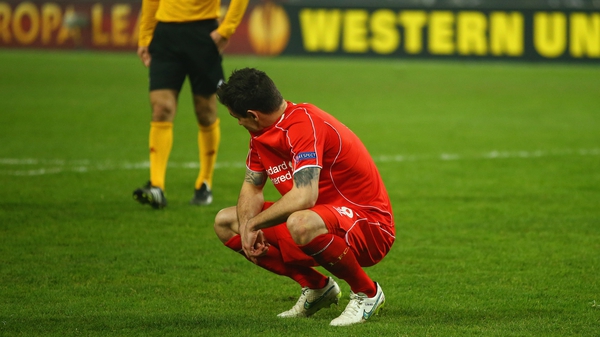