Ireland's Denis Lynch was the last rider standing after a jump-off in the feature class at the French five-star show in Cannes.

The Tipperary man claimed victory after a four horse jump-off with 13-year-old stallion All Star 5, taking top spot from Dutchman Michael Van Der Vleuten and VDL Groep Quatro with the last round of the competition.

Bertram Allen had set the Irish off to a winning start in Cannes by finishing in a tie for first place in Thursday’s two-phase class. Allen guided Quite Easy 4 to the exact same time as Germany’s David Will with the Cruising-sired Mic Mac Du Tillard.

In another win for Ireland on Friday, Co Down’s Dermott Lennon and The Irish Sport Horse Loughview Lou-Lou galloped to victory in the Freelander Grand Prix at Luxemburg’s three-star fixture in Roeser.

Lennon and the Judith Sossick-owned 14-year-old mare finished with a massive four seconds to spare over German runner-up Felix Hassmann with Barolo H. Lennon and Loughview Lou-Lou had finished second in the Jaguar Landrover Masters at the same venue on Thursday.

Earlier, the Irish Show Jumping team finished joint ninth out of 15 teams who lined out at the five-star Nations Cup in Sopot, Poland.

Robert Splaine’s side narrowly missed out on making it through to the second round, with just one fault denying them one of the eight places on offer in the decider.

A full-strength Ukraine team who are chasing promotion to Division 1 grabbed the winner’s trophy, ahead of Austria in second and Belgium in third.

"All our horses were new to five-star Nations Cup level and didn’t disappoint. Horse inexperience comparable to other teams would have cost us and we only missed the cut for the second round by one fault.

"Johnathan Gordon was having his first call up on a senior Irish squad with Number One and did a very good job. Alexander Butler was excellent with Halloberry Cruz recording just one time fault and Cameron Hanley with CAS and Darragh Kenny with Global Van T Braunerthof made up the rest of the team and their experience was invaluable.

"I would like to thank our owners for supporting Horse Sport Ireland’s ongoing developmental campaign.” 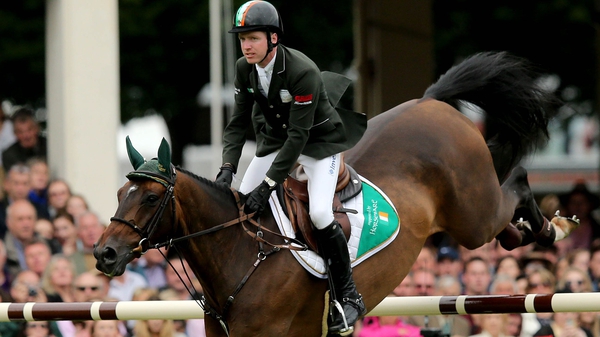