Wexford's Bertram Allen also took a fifth place in the British Grand Prix, while in Germany Denis Lynch was runner-up in the Kiel Grand Prix.

In the speed class at Birmingham, Cork-born Twomey and Joe Flynn's Irish sport horse stopped the clock just under a second faster than Britain's John Whitaker and Lord Of Arabia to collect the first prize of €4,000.

Nineteen-year-old Allen also came close to registering Ireland's fifth victory at Birmingham when he steered Twomey's stallion Romanov through to the six horse jump-off in the Grand Prix, but unfortunately two poles on the ground in the last round left him in fifth place overall.

Elsewhere, Denis Lynch brought out his new mount, Flaminia Straumann's Quote Zavaan, to claim second place at the three-star Grand Prix at Kiel in Germany. Lynch narrowly lost out to Germany's Jörg Naeve and Castro in the jump-off.

Ireland's Ger Clarke and the Irish sport horse Rafiki were runners-up in the Grand Prix at Dunkerque in France.

In eventing, the loss of team horse Simon Porloe, withdrawn by rider Padraig McCarthy before the show jumping phase at the Nations' Cup at Boekelo in the Netherlands, left Ireland with just three riders and the team dropped from overnight fourth to fifth of ten nations competing.

The trophy was won by New Zealand. 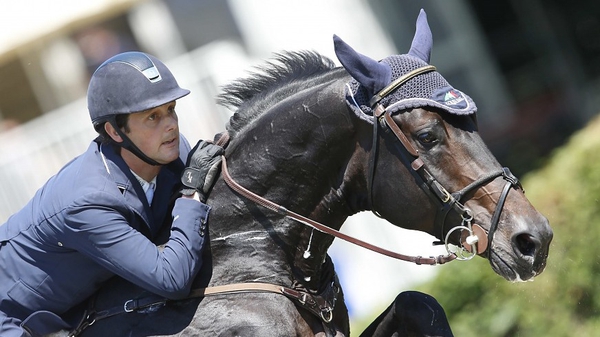