The PDC has announced a new format for its Premier League competition, with each night now consisting of an eight-player knockout tournament.

A £10,000 "bonus" will be on offer for the winner of each night's action, played in arenas across Europe including Dublin on 28 April at 3 Arena.

Belfast will host Night Three on 17 February at the SSE Arena.

Five league points will go to the winner, three to the runner-up and two to the semi-finalists.

Competitors will then be ranked in a league table to determine the four players who progress to the play-offs, in a competition with a total prize pot of £1 million.

The format sees players face each of their rivals twice in a quarter-final tie to make up the draw for 14 of the 16 nights of league competition, while the line-up for the remaining two nights - nights eight and 16 - will be determined by the table as it stands following the previous event.

The top four players then compete for the Premier League title on the 17th night of action which is scheduled for 26 May in Newcastle.

"Every night throughout the season has its own champion and will provide even greater value for fans attending and watching around the world, with seven games playing through to a conclusion to find a winner in each venue." 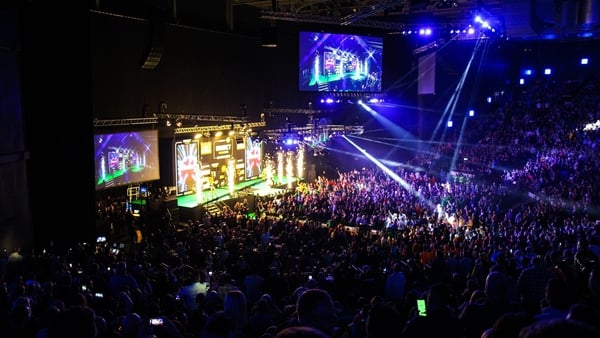