Michael van Gerwen has won the World Grand Prix for a second time with a 5-3 win over James Wade at Dublin's Citywest Hotel.

Van Gerwen consolidated his status as world number one by scooping the £100,000 title for the second time in three years, showing his class in the double-start format with a gutsy display.

The Dutch star found himself a set down twice in the game, and after taking the lead at 3-2 saw Wade hit back to level - but the Van Gerwen found an extra gear to win the final two sets and claim the title.

Wade won the first set 3-1 despite a 13-darter from van Gerwen, who was punished for missed doubles in leg four.

Van Gerwen hit back from a leg down to level by winning set two in a deciding leg, taking his three legs in 12, 14 and 13 darts, respectively.

Van Gerwen then edged a dramatic fifth set, with Wade hitting back from 2-1 down to force a deciding leg before scoring 180 and 177 to leave 20 in leg five, only to miss three darts at double ten to allow the Dutchman in for a 110 checkout to put him 3-2 up in the game.

Wade, though, hit back superbly with checkouts of 141, 61 and 96 as he came from a leg down to win the sixth set 3-1 and square the game - but the seventh proved key in the outcome of the match.

He then finished double eight to win the eight set's opening leg and kicked off the second with a 160 score before finishing double top to move 2-0 up.

Van Gerwen then landed his ninth 180 of the game to pull clear in leg three, before landing tops to secure the title. 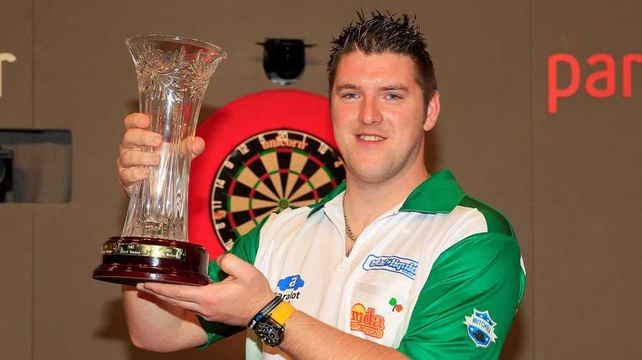 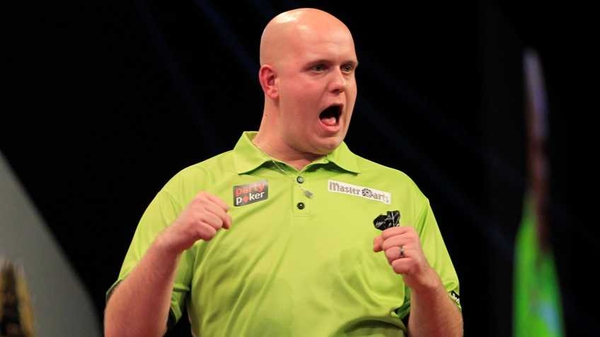