The Irish cyclist demonstrated why he is the sprinter to beat in 2021 when he got the better of Arnaud Démare (Groupama-FDJ), with former world champion Mads Pedersen (Trek-Segafredo) in third.

A crash in the closing kilometre added to the tense finish in Saint-Cyr-l'École for the 166km stage, but Bennett held his nerve and will wear the leader's jersey on stage two, the first Irishman to do so since Stephen Roche.

"It's hard all day in the European races. Today was a test to see how the legs were," Bennett, who won two stages in last year's Tour de France, said afterwards.

"We couldn't come to the front until two kilometres to go, we started to panic but the whole team did a great job. I was pretty happy with the kick I had, I felt pretty strong."

It continues a good start to the year for the 30-year-old, who also won two stages at the UAE Tour last month.

Porte, who won the race twice, in 2013 and 2015, was co-leading the team with Giro d'Italia champion Tao Geoghegan Hart.

Monday's second stage is a 188-km ride from Oinville-sur-Montcient to Amilly. 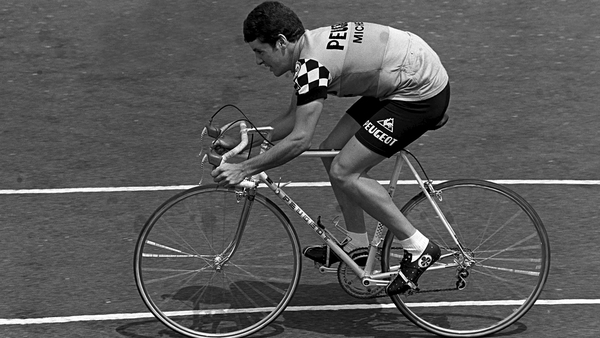 Paris-Nice - 40 years since Stephen Roche raced to the sun