Belgium's Tim Wellens won stage six of the Giro d'Italia on Thursday as Tom Dumoulin retained the race leader's pink jersey on the first mountainous test of the race.

Wellens [Lotto-Soudal] won the 157-kilometres stage from Ponte to Roccaraso by more than one minute, celebrating by hosting his bike aloft.

Denmark's Jakob Fuglsang [Astana] was second and Russia's Ilnur Zakarin [Katusha] third, while Dumoulin [Giant-Alpecin] was fourth to cling on to the maglia rosa. The Dutchman leads by 26 seconds overall from Fuglsang.

Wellens made his move on the early slopes of the concluding 17km climb as the battle between the general classification contenders unfolded behind him.

Here's some of our favourite photos from the #Giro today. View our full gallery here:

Dumoulin successfully countered the attacks of Vincenzo Nibali [Astana] and others to retain the lead.
Dumoulin said: "My attack was not planned but I saw Nibali going so I went too. There was only one opportunity and I took it.

"I really surprised myself. I was stronger than I expected. I didn't think I'd be in that shape for climbing.

"It was not a high mountain but it was still a proper climb today."

Ireland’s Nicolas Roche finished 27th, two minutes down on Griepel, and is now 19th overall, 1 minute and 15 seconds off Dumoulin.

His Team Sky team-mate and compatriot Philip Deignan came in 85th, nearly 13 minutes off Wellens, and is 82nd overall, 19 minutes and 40 seconds down on the pink jersey holder. 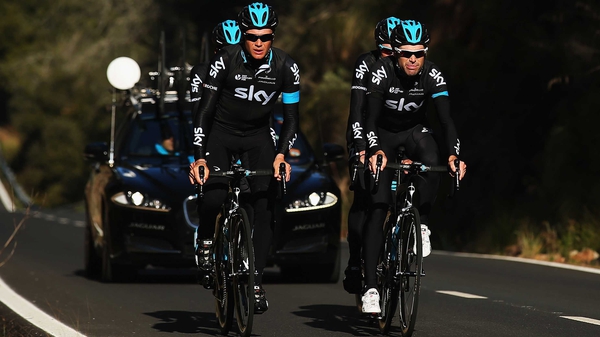