Ireland's Philip Deignan and Nicolas Roche have been named in Team Sky's nine-man line-up for the Giro d'Italia.

Dan Martin, third in March's Volta Catalunya, is not part of the Etixx-Quick-Step line-up.

The year's opening Grand Tour begins in Apeldoorn, Holland with a 9.8-kilometres time-trial on Friday, with Deignan and Roche slated as support riders to Spaniard Mikel Landa.

The year's opening Grand Tour begins in Apeldoorn, Holland with a 9.8-kilometres time-trial on Friday.

On Sunday Frenchman Thomas Voeckler edged out Roche to win the final stage of the Tour de Yorkshire and claim overall victory in Scarborough. The 31-year-old finished six seconds back overall.

The Giro will take place without a British rider for a second successive year.

Alex Dowsett had been expected to start for Movistar, but the Commonwealth Games time-trial champion has undergone surgery to remove a plate and screws on his collarbone.

Team Sky have eight Britons on their 29-rider roster, but none are in the squad for the Giro, which finishes in Turin on 29 May.

Landa and Vincenzo Nibali [Astana] are the favourites for the pink jersey. Nairo Quintana [Movistar] and Alberto Contador [Tinkoff], the winners in each of the last two years, do not start as July's Tour de France is their priority this year. 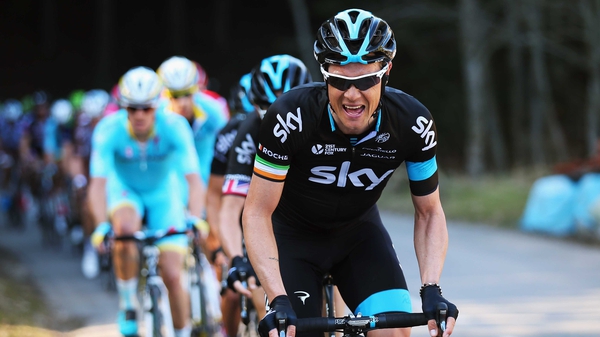 Nicolas Roche to ride for Sky in Tour de France