Shane Sutton has resigned as British Cycling technical director after another day of allegations of discrimination.

The 58-year-old Australian tendered his resignation, saying it is in the best interests of the sport.

British Cycling suspended Sutton earlier today after it was claimed he called Paralympic cyclists "gimps", shortly after announcing an independent review into claims of sexism made by Jess Varnish.

"I believe it is in the best interests of British Cycling for me to step down from my position as technical director," he said in a statement.

He said: "It is absolutely crucial that, as our athletes begin their final preparations for Rio, they are able to do so free of distraction.

"The developments over the past few days have clearly become a distraction.

"It is for this reason, and having spoken to friends and family, that I believe it is in the best interests of British Cycling for me to step down from my position as technical director." 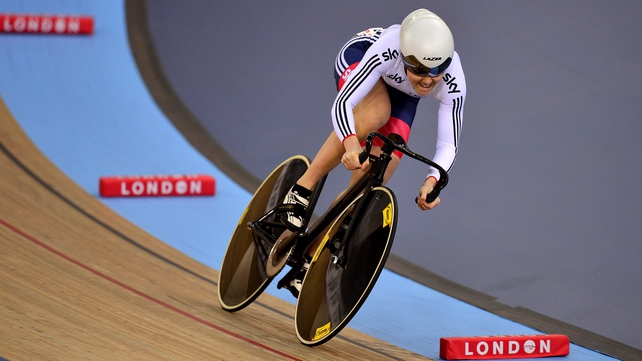 "His primary focus has always been the athletes, and this decision is something he has taken to allow them to focus on their preparation for Rio.

"Andy Harrison, programmes director at British Cycling, will be taking over with immediate effect and will manage the team in the build-up to Rio 2016."

Sutton continues to refute the allegations and will take part in the independent review.

He added: "It is important that the review announced by British Cycling and UK Sport now takes place, and I will obviously co-operate fully with this.

"I have made clear that I reject the specific claims that have been made against me in recent days, and I look forward to taking a full part in the review process so I can respond to the allegations in detail."

Sutton, as head coach, was then-performance director Brailsford's key lieutenant in the British team which won eight gold medals at the 2008 and 2012 Olympics.

Sutton is a blunt character, but there are many riders who will have had only positive experiences of his coaching and who enjoyed good working relationships with him.

He added: "Cycling is my passion and I have always worked to get the very best out of professional athletes.

"I am proud of what British Cycling has achieved and I am excited by the potential of the team for Rio. They will always have my full support."

There were further claims of discrimination made against Sutton on Wednesday.

Malaysian cyclist Josiah Ng alleged Sutton called him 'Boatie', which could be interpreted as a reference to people sailing from Asia to seek asylum in Australia.

Ng does not believe the comments were intended as racist, more affectionate, but founded on ignorance.

Ng commented on a link to a story on Sutton's suspension on Facebook, writing: "The plot thickens. I have my own little story. Shane used to always call me 'boatie'.

"I could have taken offense (sic) and maybe I should have but I choose to shrug it off as his twisted sense of humor (sic).

"There are always people who act the way he does. It looks like it's catching up with him."

The 2010 Commonwealth Games Keirin champion described Sutton as "old school", saying: "I don't know if he was aware it was derogatory".

Ng told Press Association Sport: "I'd say 'hey Sutto' and he'd say 'hey Boatie, how you going?' Just like that. Never in a negative context, but I don't know if he was aware it was derogatory.

"It was always said in jest. That's who he is. He's old school that way.

"He's got the strike against the women, the Para athletes and against another race. It's not good.

"If it was another person, another Asian guy, they could've taken it another way.

"Since I know the context, I chose to ignore it. I chose not to be insulted."

The 36-year-old lives in Melbourne, but is now retired from track cycling, which is a tight-knit circuit.

Ng added: "It's not something I let bother me. I know he probably took a liking to me. When people like each other they give stick to each other, but I never gave it back to him.

"I don't think he has adjusted to modern society. You could get away with that 30 years ago.

"It doesn't seem like he's a bad guy, but I wouldn't personally want to work with him.

"What's missing is a lot of empathy. It's pretty cut-throat."

Ng's remarks were put to Sutton by Press Association Sport, and he had no comment. 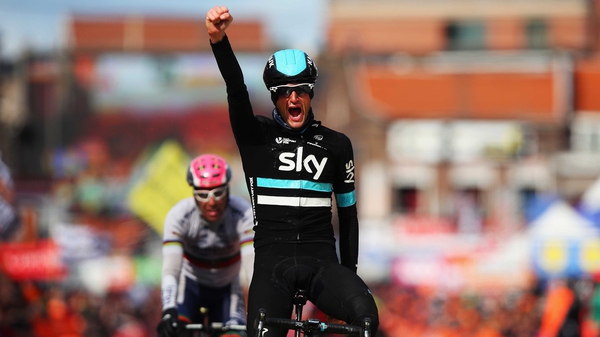 Dutch rider Poels through for Sky in Monument race