Liege-Bastogne-Liege is one of cycling’s most famous races and is the fourth of five Monuments of the season.

Poels jumped away from a group of four late attackers with 250 metres to go in a 248km ride from Liege.

Spain's Samuel Sanchez (BMC), the 2008 Olympic champion, took fourth place while hot favourite Alejandro Valverde, who was gunning for a second consecutive Fleche Wallonne-Liege double, ran out of gas and finish 12 seconds off the pace in 16th.

Organisers were forced to change the course after snowfalls in the Ardennes region blocked some routes and conditions on the road were tough for riders.

"The team were on top of everything for the whole day. The clothing and fuelling was crucial and the riders worked together really well. It was a fantastic performance," said Team Sky sports director Kurt-Asle Arvesen.

"I was really happy to see that we had numbers after the Cote de La Redoute and that meant we could start playing our cards.

“Lars Petter (Norhaug) and Wout said they were feeling good, Sebastian (Henao) and (Michal) Kwiatkowski were doing a good job for the team," he added.

"Wout then opened up his sprint early at the end and proved beyond any doubt he was the strongest rider in the race. He pulled off an amazing win."

Just ran out of legs. Thank you to our young @Etixx_QuickStep boys. We've learnt so much this week and will be back stronger #WayToRide

Ireland’s Dan Martin finished well back in 47th, nearly two minutes down on the winner. 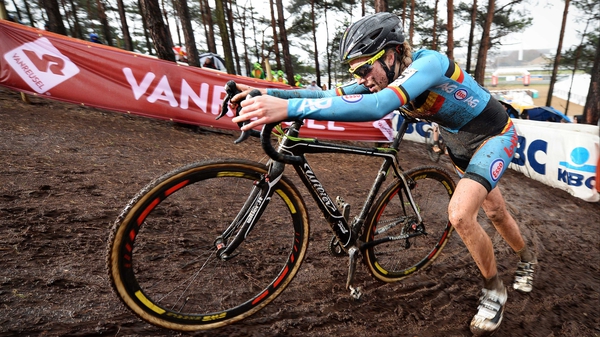