Team Sky has announced the signing of Nicolas Roche as one of five new names for 2015.

The 30-year-old Irishman, who has a wealth of Grand Tour experience, joins along with Scotland's Andrew Fenn, Czech rider Leopold Konig, Dutchman Wout Poels and Norway's Lars Petter Nordhaug, who has re-signed for Team Sky after two years away.

Roche's signing is significant as it strengthens Chris Froome's support for the 2015 Tour de France, while simultaneously weakening Alberto Contador's squad as the Roche was previously at Tinkoff-Saxo.

"My programme needs to be talked about. We’re going to have a get-together at the end of October and we will talk about what races and what goals are going to be set for the year so I have another few weeks to wonder what my programme will be.

"Then we’ll get stuck in and get everything precise and organised for 2015.

“I think it’s a team where I’ll easily settle in. I know a lot of the riders there and a lot of them are good friends of mine.

“I think that joining Team Sky will help me develop that bit more."

Team Sky principal Dave Brailsford said: "He brings a wealth of experience, having ridden 13 Grand Tours in his career, and that will be invaluable to the team.

"Nicolas has the perfect character and temperament for us and we expect him to play a key role next season."

Konig is also likely to play a strong support role for Froome, while also riding Grand Tours for a high placing himself.

While with Team Net-App-Endura, Konig placed seventh in the 2014 Tour de France and he has claimed stage wins at the Vuelta a Espana, Tour of California and Tour of Britain.

Poels becomes the first Dutchman at Team Sky and the climber has been watched by the squad for some time, while Nordhaug returns after a three-year stay from 2010 to 2012.

Brailsford added: "We've signed five quality riders for next season and each one of them will help strengthen and enhance the squad.

"We have a strong nucleus of riders at Team Sky and these signings will be excellent additions to the squad.

"They all bring their own qualities and we're looking forward to welcoming them to the team and seeing them in action next season." 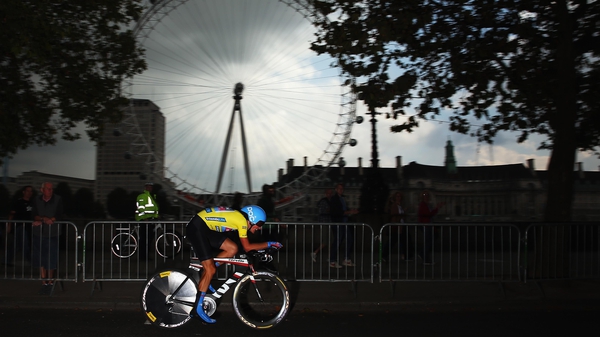