Alberto Contador has given up hopes of competing in next month's Tour of Spain as the Spaniard's recovery from a crash on the Tour de France is taking longer than expected.

"Bad day. The healing of the wound is getting complicated... Goodbye to the Vuelta" he wrote on Twitter on Wednesday.

Contador, who was looking to clinch a third Tour title this year, sustained a shinbone fracture in a crash during the tenth stage and was hoping to take part in the Vuelta to salvage his season. 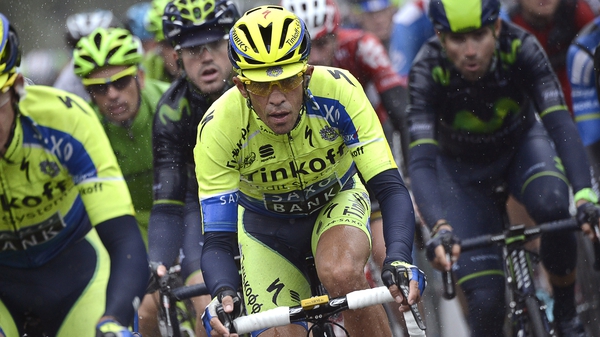